Sometimes it’s impossible to explain…the random thoughts about “the next cast” that wake you up in the middle of the night, the severe anticipation about the early morning’s events that distract you from everything else, the different “pep in your step” as you load the kayak and gear like it’s your first time ever…whatever it is, sometimes it just feels different.
This time was exactly that, my typical routine had a feeling unlike most others in the past. I always fantasize about the upcoming adventure, think about the bite, and picture my paddle out…but for some reason, this time I just had “that feeling”, and it felt good. 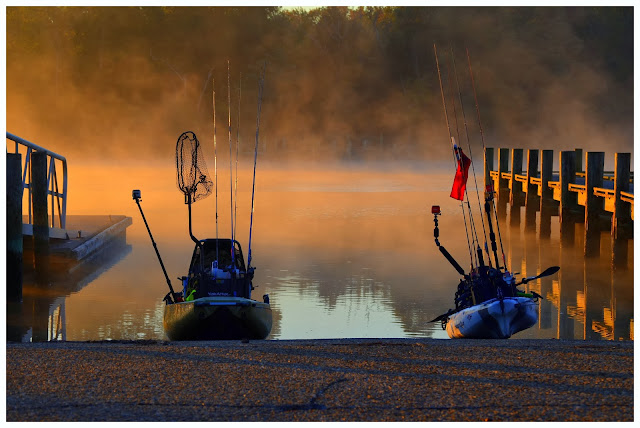 The sun’s rays soaked into the fog lingering in the cool air just above the surface of the warmer water, leaving an orange glow that amplified the morning jitters. The buzz was felt by both Joe and I as we headed out in search of Virginia’s big speckled trout.
There was a sense of deja vu as I made my first cast. It felt like I played out the scenario multiple times in my head. I knew the bait that I wanted to throw, where I wanted to throw it, and where the magic should happen. It took all of 5 casts before the hooks of my Mirrodine were set into a strong set of jaws. It seemed as if I prematurely felt the electricity of this 25.5″ release citation speckled trout. 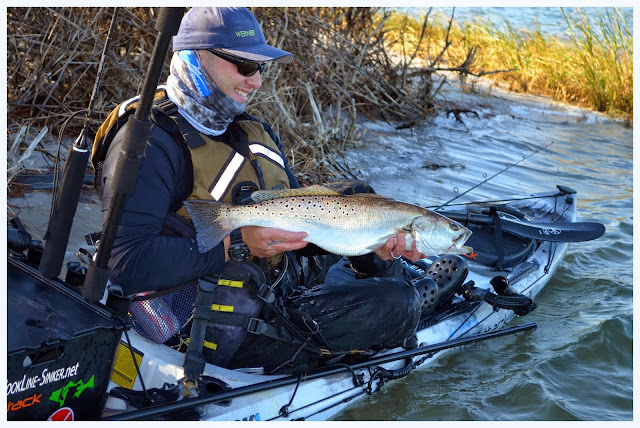 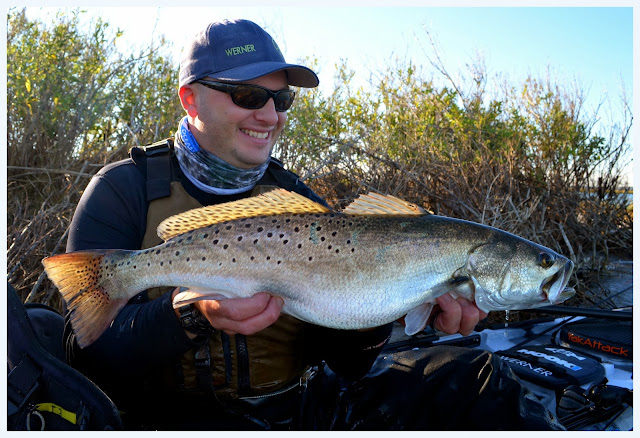 I tagged and released her to hopefully give another angler the same thrill that I just experienced. The funny thing is that as I watched the beautiful fish slowly swim away on the shallow flat, my excitement started to fade. Kind of like we had some weird, unexplainable connection that was just, well…a little different.
~See ya on the water