When My DIY Cart Failed Me in the Boonies 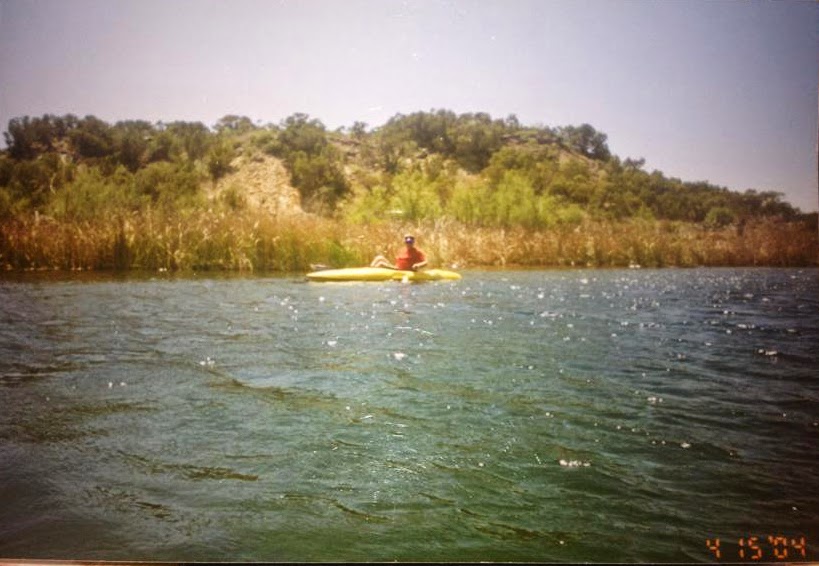 I’ve been a big fan of the C-TUG kayak cart from Railblaza for several years. It’s rugged, works well, and I’ve put it through hell. I tried a DIY cart and about a dozen other carts before I settled on the C-TUG. It was the only one that I felt like it wouldn’t leave me stranded. Stranded seems like a weird reasoning but allow me to explain.

The thought of being stuck a mile down a road where no vehicles could pass, dragging a kayak uphill back to the truck is something I never want to experience again. In 2004 I had this play out in a bad scenario when kayak carts weren’t talked of much. That day has stuck with me for the last 13.5 years. My homemade, cobbled together DIY cart couldn’t handle the rugged terrain. Since that day, I don’t trust homemade carts and for the last three years, have been sporting what I think is the best kayak cart on the market. Here’s the story.

In early 2004 my Dad heard from a friend of a friend about some public water that was full of bass and rarely fished. We called it Lake X. Hearing of such things was a lot more common in the 80s and even 90s but in this new millennium where land owners had purchased almost everything available to make it private, this small parcel of land with two lakes existed. Possibly.
We planned a trip and upon arrival found it to be everything promised. It was remote, full of bass, yet hard to fish from the bank. I immediately started planning a return trip with my kayak I had purchased about a year earlier.
Two obstacles presented themselves that I needed to plan for. The first was very primitive access. No vehicles could get within a mile of the water. The road was blocked off. The only way in was on foot. How could I transport the kayak that far? (Keep in mind kayak carts weren’t really a thing yet and sit on top kayaks were really new to the market. I had a sit inside Pelican kayak called the Endeavor. The name would bare itself out on the trip.)
The second obstacle was the distance. The drive was a little over two hours but it was remote and cell phones didn’t work out there. In 2004 cellphone service was still mostly big cities. I needed another kayak buddy to be safe while out in this barren country just in case something happened. I only knew one other kayaker at this point in my life and he was up for the challenge.
In April of 2004 we set out for our little oasis in the scrub brush with hopes of catching every bass in the lake. I had rigged a golf club caddy as a cart to tote my kayak the mile down the road needed. Aaron stacked his kayak on a make shift cart as well and we headed off. 20 minutes later the water greeted us and huge smiles broke across our faces. A minute later we were racing across the water to different spots and after the first few casts we landed a pair of bass.
This pattern repeated itself throughout the day and we lost count after 150 bass. This truly was an unknown, untapped resource willing to reward those determined enough to reach her banks.Sun kissed and weary, we decided to head back around six that evening towing my kayak on my DIY cart. Darkness was only an hour away and the barren landscape would be full of wild hogs, snakes and bobcats sooner than later.We strapped in our kayaks and headed back down the path to our vehicles. Less than 50 yards from our departure spot disaster struck. The axle of my DIY cart gave out and dropped my kayak and gear to the ground with a thud.
A mile from safety we quickly became desperate. We tried to stack my kayak on top of Aaron’s kayak to cart back but it quickly folded his DIY cart. We were able to repair his cart and decided to scrap the piggy back idea. The only other option was to turn my anchor rope into a harness and drag the kayak back. Either that or leave it until we could return. I wasn’t prepared to give up my freedom from bank fishing or my investment so I made the rope harness. It quickly became apparent that the walk to the water slanted downhill which made this more of a gradual uphill climb back to the vehicles.
An hour after we started, darkness setting in and after being startled by a rattlesnake and a herd of wild hogs, we saw the last stretch of road. A welcome sight if ever I’ve seen one. The last of the expected guests scurried across the road and the deed was done. I said a quick goodbye and loaded my kayak, exhausted and weary.
The kayak suffered some scars but never leaked a day that I owned her, about seven years. That old yellow banana was quite the freedom ride.