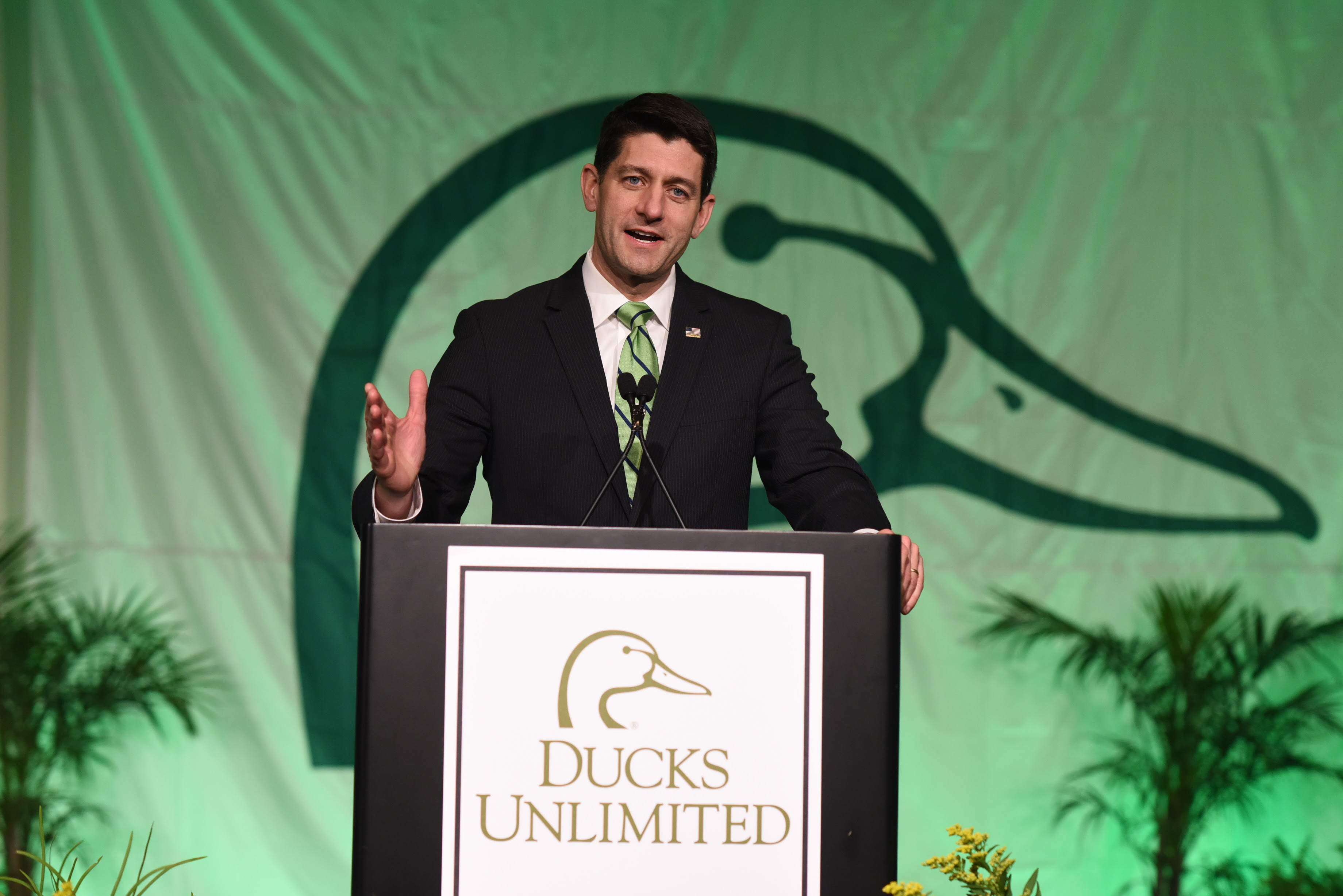 WASHINGTON, D.C. – May 10, 2017 – Last week, more than 650 people gathered for the annual Ducks Unlimited Capitol Hill dinner and auction. More than 70 members of congress were in attendance, along with congressional staff, agriculture and conservation partners, administration officials and senior Ducks Unlimited volunteers and board members from around the country. This year House Speaker Paul Ryan keynoted the event and former Vice President Dick Cheney attended as an honorary guest. “The Washington D.C. event on Capitol Hill is our opportunity to thank our bipartisan friends in Congress for their continued support of wetlands conservation,” said Dale Hall, CEO of Ducks Unlimited. “This event celebrates the efforts of these conservation champions with some of DU’s most senior volunteers and partners, and it’s thanks to those efforts that we are able to continue conserving some of the nation’s most critical habitat.” House Speaker Paul Ryan gave his welcome remarks to the more than 650 guests.

“I’m a big fan of the outdoors – whether it is hiking, hunting, or mountain biking – and I firmly believe we have an obligation to be good stewards of our nation’s natural resources. That’s why I appreciate the work being done by Ducks Unlimited – because I share their commitment to conservation. It was an honor to attend the Ducks Unlimited gathering again this year and catch up with old friends who love the outdoors and all it has to offer,” said Ryan. Ducks Unlimited’s Capitol Hill dinner and auction has been held each spring for more than 30 years. Founded in 1937, this year commemorates 80 years of Ducks Unlimited and its conservation mission. To date, Ducks Unlimited has conserved more than 14 million acres thanks to the more than one million DU members and supporters nationwide.

Ducks Unlimited Inc. is the world’s largest nonprofit organization dedicated to conserving North America’s continually disappearing waterfowl habitats. Established in 1937, Ducks Unlimited has conserved more than 14 million acres thanks to contributions from more than a million supporters across the continent. Guided by science and dedicated to program efficiency, DU works toward the vision of wetlands sufficient to fill the skies with waterfowl today, tomorrow and forever. For more information on our work, visit www.ducks.org.