Finding Reds and Fishing with Friends…. 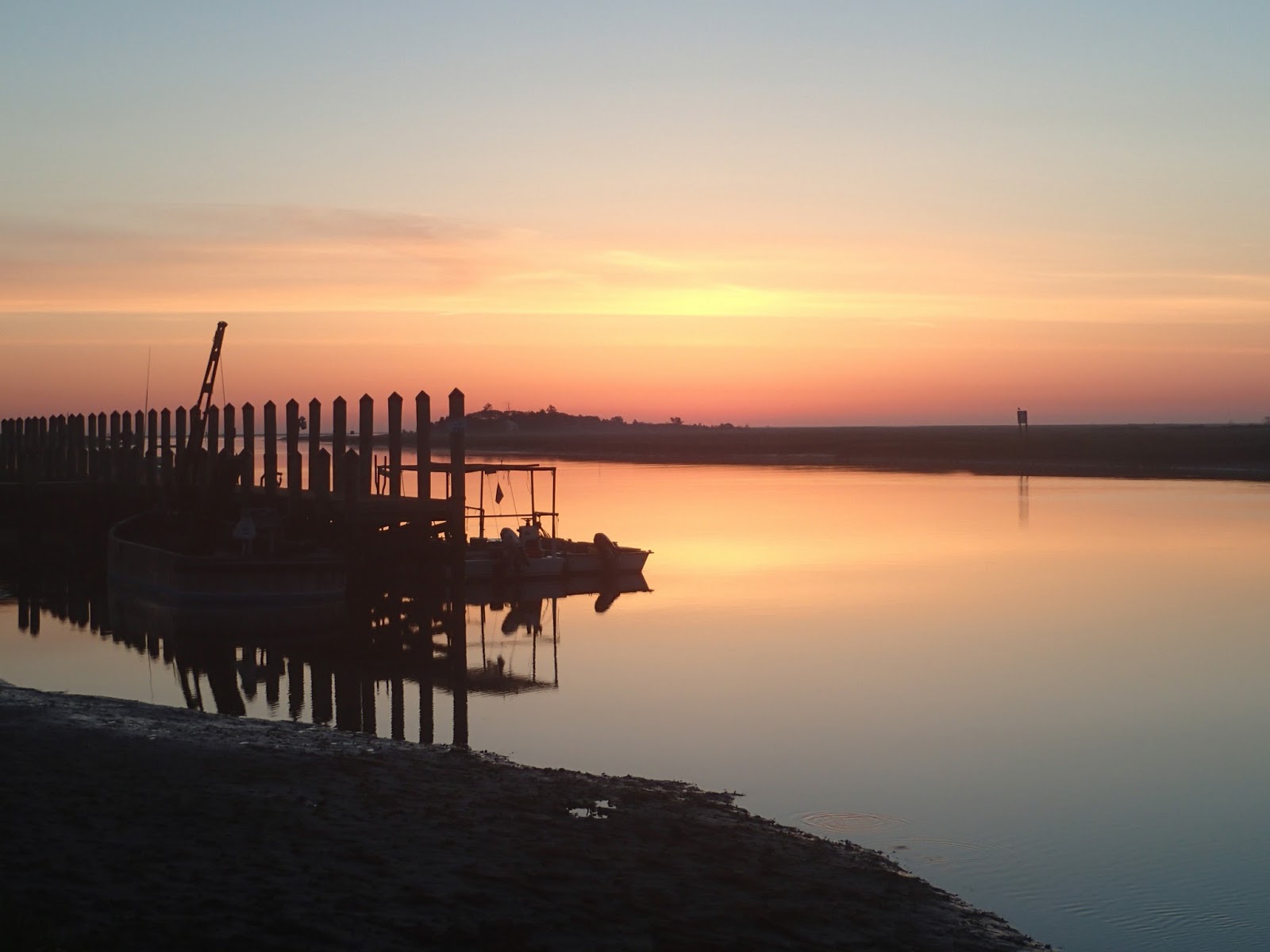 My last couple of outings have taken me to the Eastern Shore and to Rudee inlet.

The first trip was to the Eastern Shore.
I got to the ramp early and was soon joined by quite a group of fisherman; Rob Choi, William Ragulsky, Alex Britland, Tommy DeWitt, Luther and Tyler Ciphers.
I was lucky enough to hook up with the first fish of the day; a 47”er. 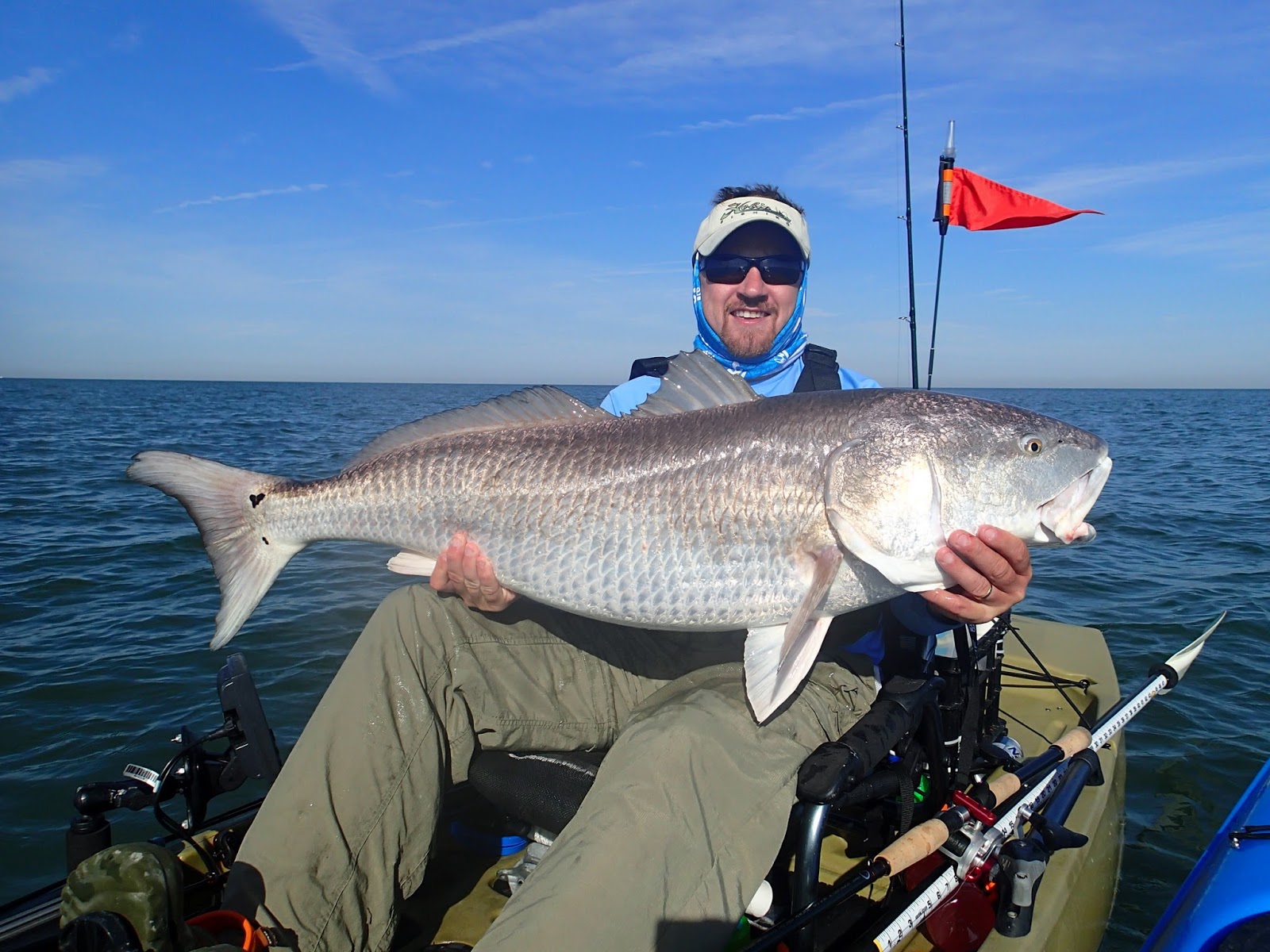 William Ragulsky was the second to land a fish; a 45” drum.

Soon after that Tyler Ciphers was fan casting after seeing Billy hook up and landed his first ever red drum @ 42”. Luther’s said at the ramp that his main goal today was to see Tyler get on a fish. Way to get it done Tyler! 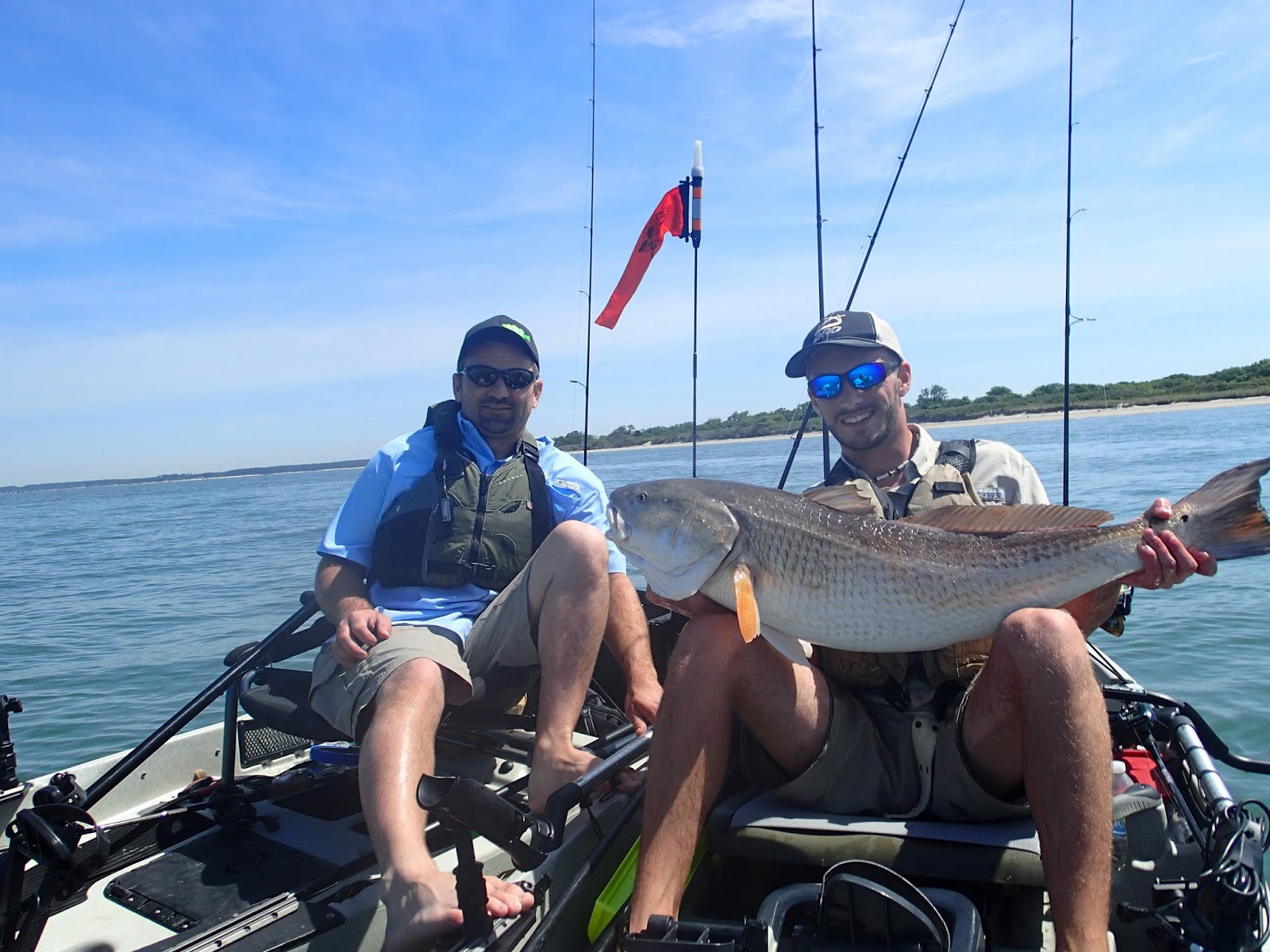 Rob Choi was the last to hook up on a nice red. Rob has had his ups and downs chasing bull reds this year and I was stoked to see him land this 48″ red! Check out his report here –>Angling Addict . 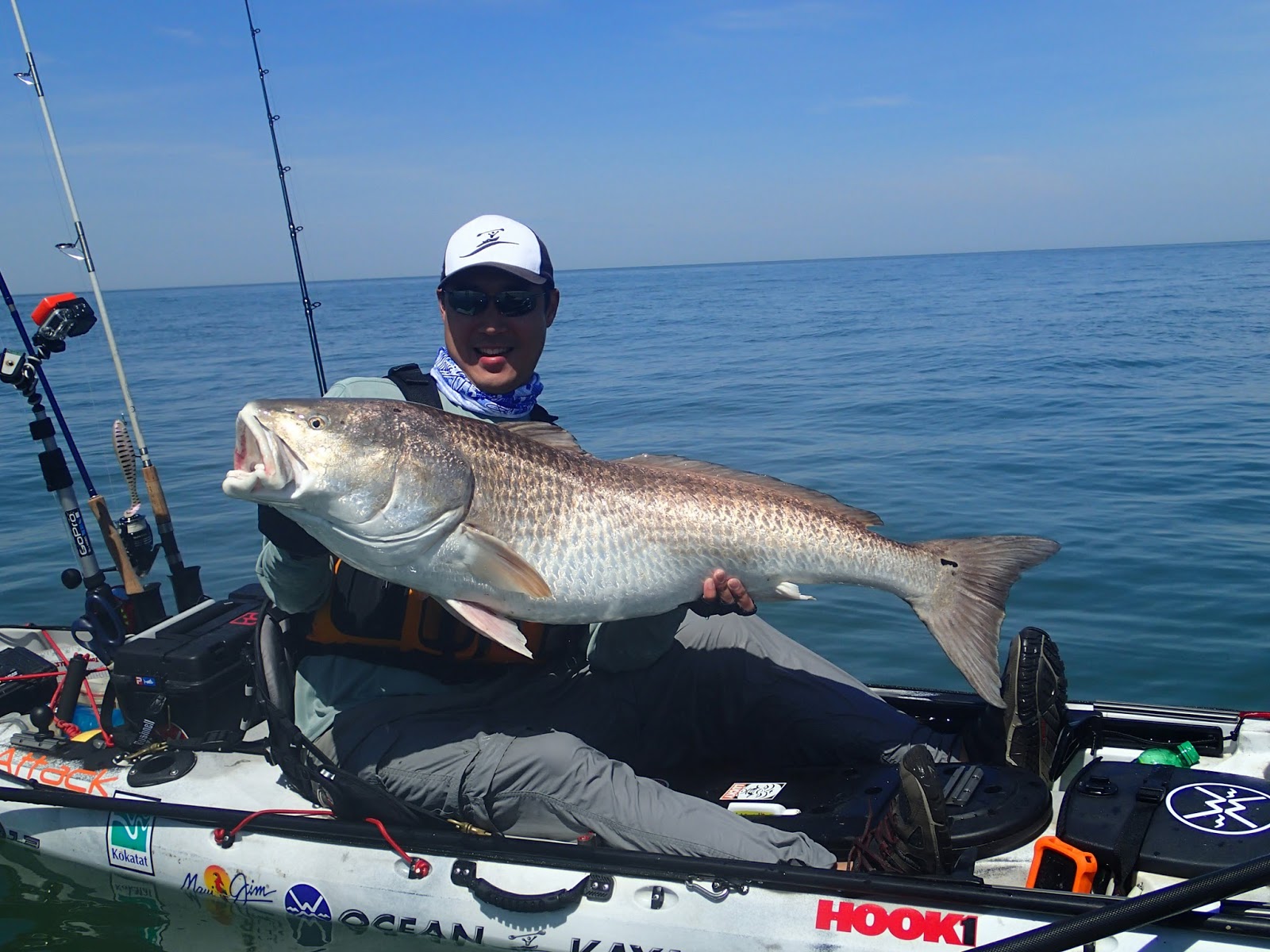 The second trip I finally got a chance to fish with Marty Mood; AKA “The Champ” and my good friend Richie Bekolay. We fan into a few fish but never were able to get on a hook up. On the way back to the ramp we were greeted with 25+MPH winds and a school of drums that we spooked. I ended the day with my first ES Skunk! 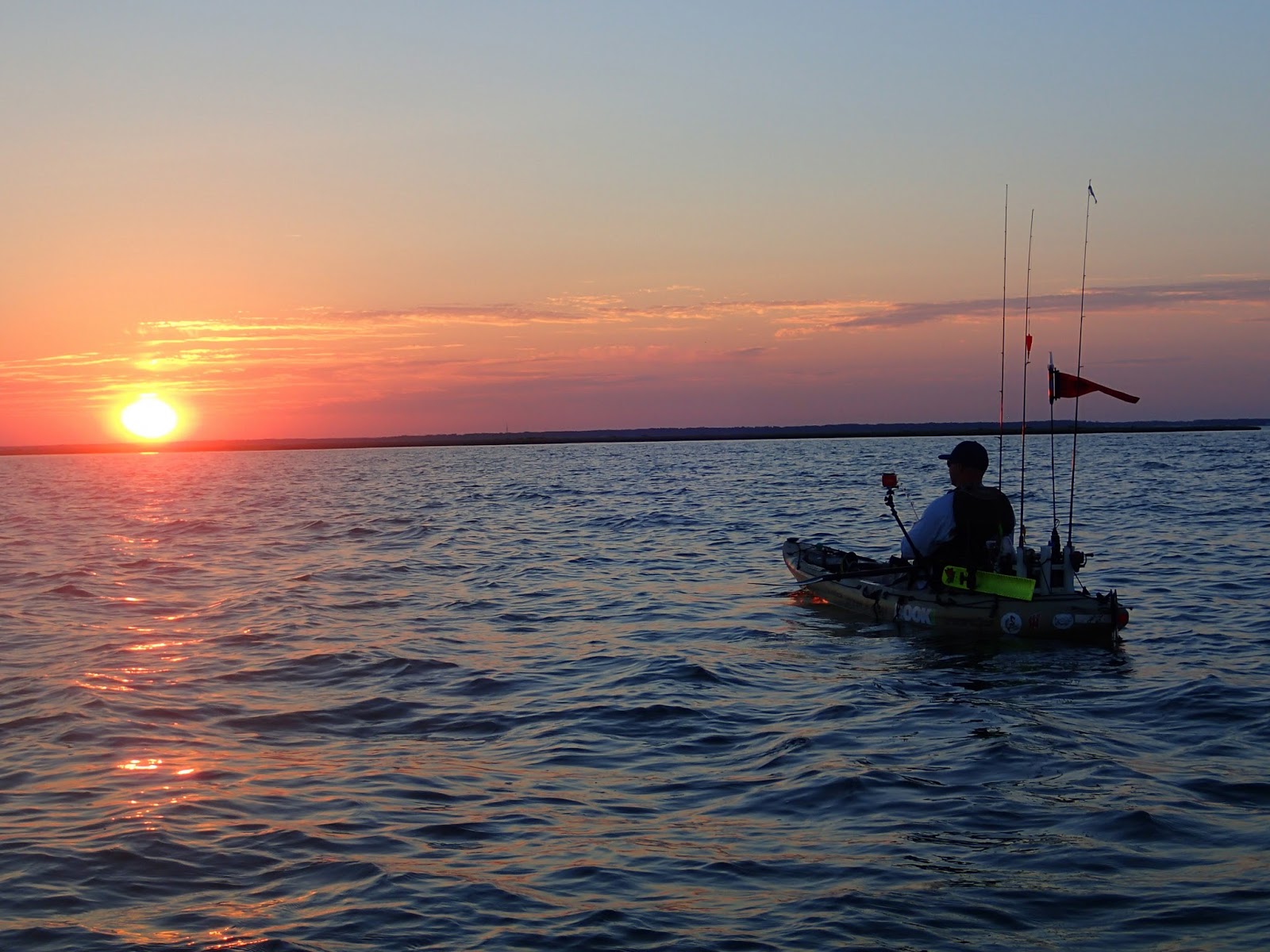 Trip #3 was the TKAA monthly member event at Rudee Inlet. This was a special trip for me because I got a chance to bring my son Wyatt for his first ever flounder trip. He kept telling me he wanted to a catch a striper, haha. While we didn’t catch any stripers, but we were able to get on a couple of flounder, reds, spot and some croakers. 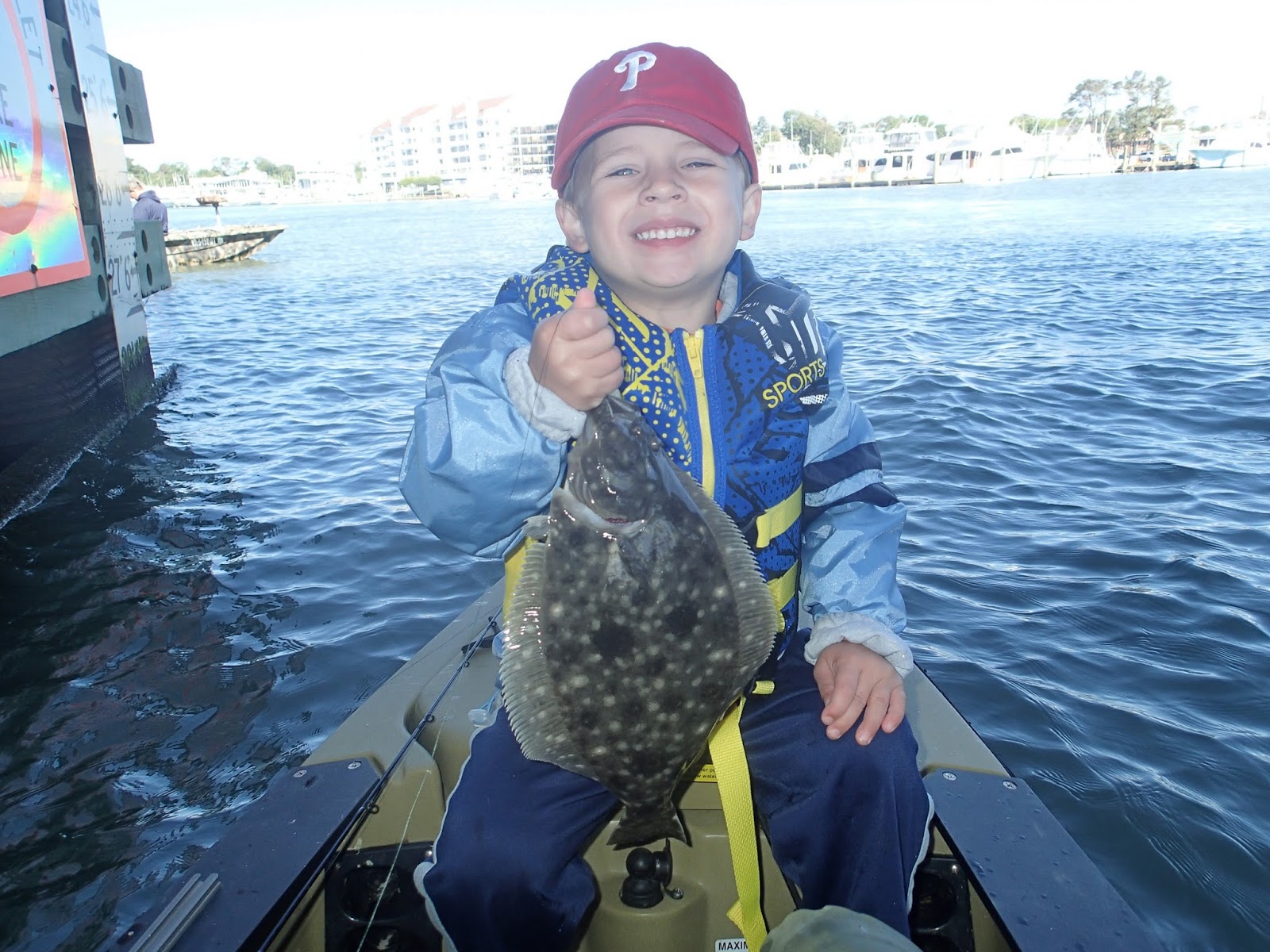 We got back to the ramp at around lunch time and loaded up the car to head home. And before we left the ramp he was already sleeping.

Trip #4 took me out the Eastern Shore. I was heading out for a solo trip so I had myYakAttack Panfish Portrait w/dogbone ready for some hero shots if I was lucky enough to get a hook up. The day started off with me trying to catch some bait. And I couldn’t find anything around the usual spots. I didn’t waste much time. So I figured this was going to be a trolling or random casting kind of day. I ended up running into Kayak Kevin. He had run into a few random fish but no hooks up yet today. We decided to tag team and see if we could find the fish.

I ran over a school of bait on my fishfinder and decided this was a good time to try and catch some. I landed 4 kingfish/Roundheads pretty quickly and decided to troll with live bait. After only a few hundred yards my Release Reel was zinging and peeling drag. I grabbed the rod and starting to reel. After only 15 seconds or so the circle hook pulled out of this fish and I was left with only an empty hook in my hand. Quickly realizing that I had the other rod out with a swimbait, I started retrieving the line very quickly and got slammed!  I had a solid hook up and it was game on! I landed my 12th red of the season and my 8th Red Drum Citation of the year. 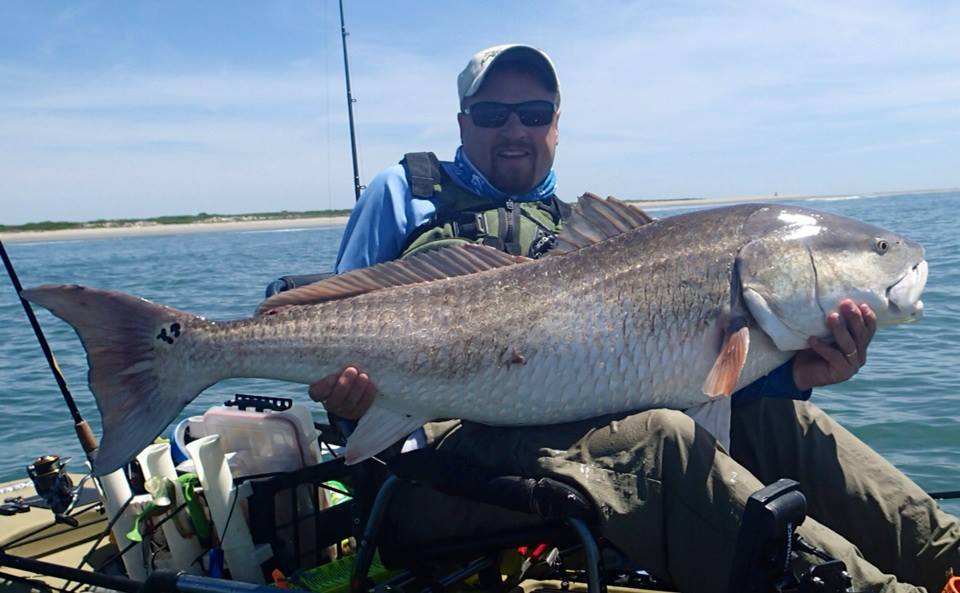 The winds started to pick up so we called it a day.

Red drum fishing is very addictive! When you know they’re still around, it’s very hard to stay away!