My most productive time spent on the water might appear to an observer as though I were doing nothing at all.  This activity that looks like inactivity ties together the best river anglers with this common denominator.  Anglers who seem to always place their jig, tube, or jerkbait in precisely the right spot all do it.

Visually dissecting an eddy long before a cast is made takes time.  Let’s start with the Miriam Webster definition of what we are staring at: eddy: a current of water or air running contrary to the main current; especially: a circular current.

For the purposes of finding the specific spot that the fish are holding, we will use a broader definition.  An eddy will have some current pushing back upstream, some swirling along an eddy line or seam, and some areas with absolutely no current.  Two or more circulating whirlpools may form downstream of the same current blocking object, usually a ledge rock, gravel bar or island.

The number, type and size of eddies vary with constantly changing river levels.  A large mid river ledge rock eddy transforms into a barely perceptible surface boil as rains swell the river.  Deposits of gravel at the mouths of creeks create eddies that weren’t there at lower levels.  Each one is different and in a state of constant change.  They must be studied before lobbing a lure into the swirling foam.

The best way to study them is from a fixed position, not from a boat slipping downstream past it.  The problem with analyzing foam movement within an eddy from a moving platform is the visual assumptions that your brain creates. I see this happen often with my students.  They think that because the foam is moving at the same speed as their kayak (which they assume is stationary), that it must be still water.  Anchoring may work fine for smaller boats, but smaller craft such as a canoe or kayak may want to beach upon the object that causes the eddy. 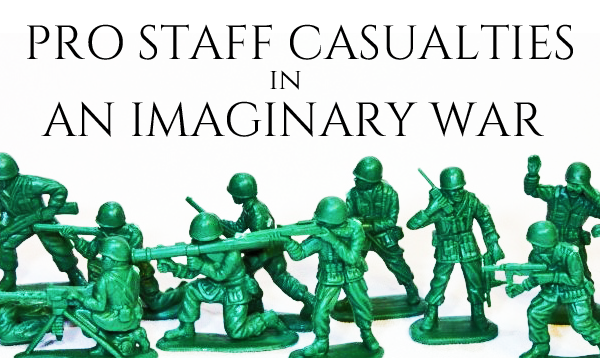 Sorting Your Way Through the Lure Rainbow