I decided to add the STS – Silent Traction System to the kayak after going out for the first time because I was hitting the kayak with my paddle and just moving around in the kayak seemed to be too loud.

I picked up both the kit and the two large square sections of the STS to rig on my kayak. I decided that the kit would go inside of the cockpit area and I could customize the square pieces for the rest of the kayak. I did notice that after I installed the rudder that sometimes it would slam on the kayak when I would lift it back on the kayak.

The first step for anyone that is going to install the STS would be to thoroughly clean the boat. I’ve taken rubbing alcohol and followed up with warm soap and water. I then laid out the the kit to where I could see that my boot were rubbing on the foot wells of the kayak to start. I also added some to the areas around the hatch because I found myself throwing lures in that area of the boat when I would retie or just to store clippers. 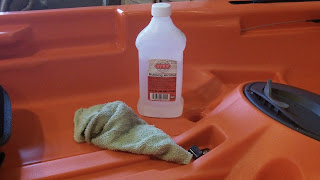 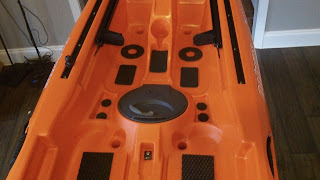 I took a large rectangular piece and cut it in half for where I would stand up in the kayak for better traction when I would stand up in the boat. After carefully placing all of the pieces of the STS I pealed off the backing and placed in where I wanted it. I then moved to the area of the kayak where my paddle will rest while fishing. I took some blue painters tape to make a template and then cut out the sections of the large square pieces of the STS. Make sure that you lay the template down on the black side of the STS because if you do it on the back it will be backwards. I did this in this area because it was going to be on both sides. 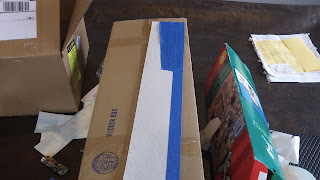 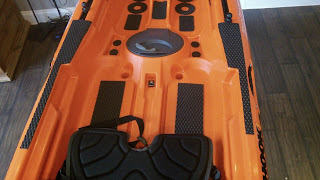 Next it was time to move toward the back of the kayak where the rudder sometimes slams into the kayak while lifting it. I laid out the painters tape for the template and cut out a section that I wanted covered. I had to cut out a little hole for the rudder line guide and everything lined up perfectly. 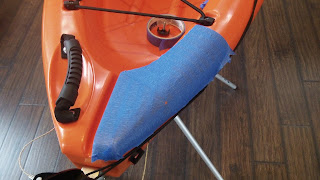 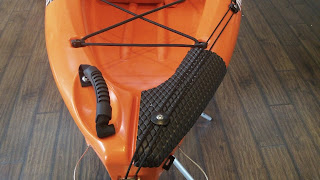 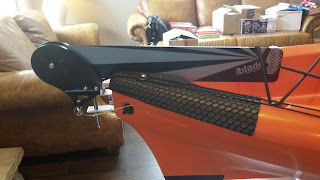 I will be adding more but wanted to get out and fish a little more to see where I will need it. Installation on this product was a breeze and would highly recommend it to anyone that is wanting to dampen the noise in their kayak.