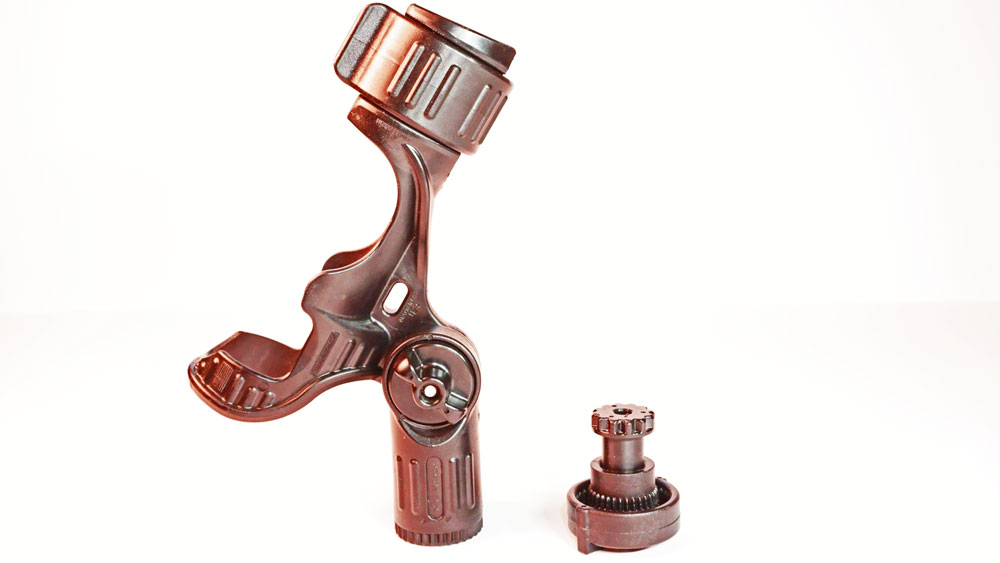 With a nod to the last letter in the Greek alphabet which signifies the end or last one, the YakAttack Omega rod holder aims to solve a lot of the issues that other rod holders haven’t mastered. After a couple of months playing with the Omega, here is the report out.

About the YakAttack Omega Rod Holder

The slogan for our new Omega series rod holders is “The last rod holder you’ll ever need” and that’s exactly what we have developed. This is a truly universal solution that works flawlessly with spinning, casting, larger conventional reels, and yes – even fly rods of all sizes. A 360-degree rotating collar offers the ability to quickly secure the rod by capturing the reel, and allows spinning reels to be stowed in the natural downward position, not hung off the side. Multiple modes allow anglers to easily stage rods for quick access or lock them in for maximum security.

The Omega Rod Holder attaches to your kayak, boat, or other watercraft with YakAttack’s brand new LockNLoad mounting system, and is exactly what you would expect from the leader in track mounting technology. Offering unrivaled track mount security and adjustability, the patent-pending LockNLoad track base is the most advanced track mount ever created. You want no slip? No problem. The LockNLoad track base attaches quickly and easily with a single MightyBolt, but will not accidentally rotate or loosen from the track, even when your trolling rod takes a big hit. 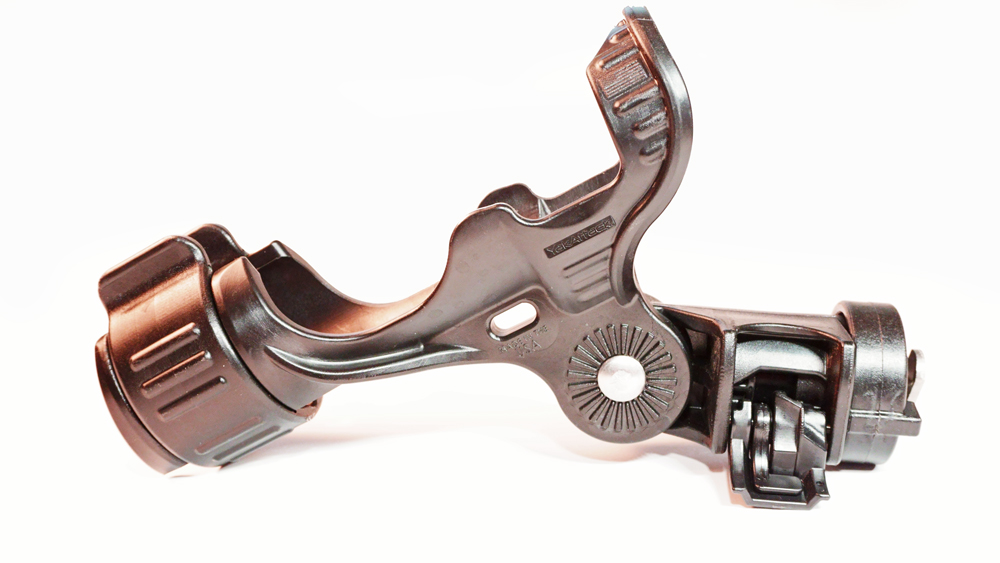 There are 3 modes: locked, adjustment, and removal. The patent-pending design is easy to use:

– From locked mode, simply squeeze a lever to go into adjustment mode.
– In adjustment mode, the mount can be rotated in any direction, but cannot be removed, ensuring the rod holder is completely secure while making adjustments, even if a fish hits. Let go of the lever and you back in locked mode.
– To go to removal mode, flip the lever out, and the system easily slides off of the track mount.

Rod holders have been something that has increased in price over the last few years across all manufacturers. The $30 price point on the YakAttack Omega is surprising considering all the design and functionality that went into it. Previous YakAttack rod holders like the Zooka Tube started almost 25% higher in price. If I were to guess why the price is lower on the Omega, I’d venture to say it has something to do with the fact that this design and parts are all YakAttack where in the past the rod holders used components from RAM Mounts. Fewer people taking a slice of the pie means more savings passed along to the consumer. Do I know that for sure? No, but anytime you can make all your own stuff, margins are easier to come by so prices don’t have to be as high. 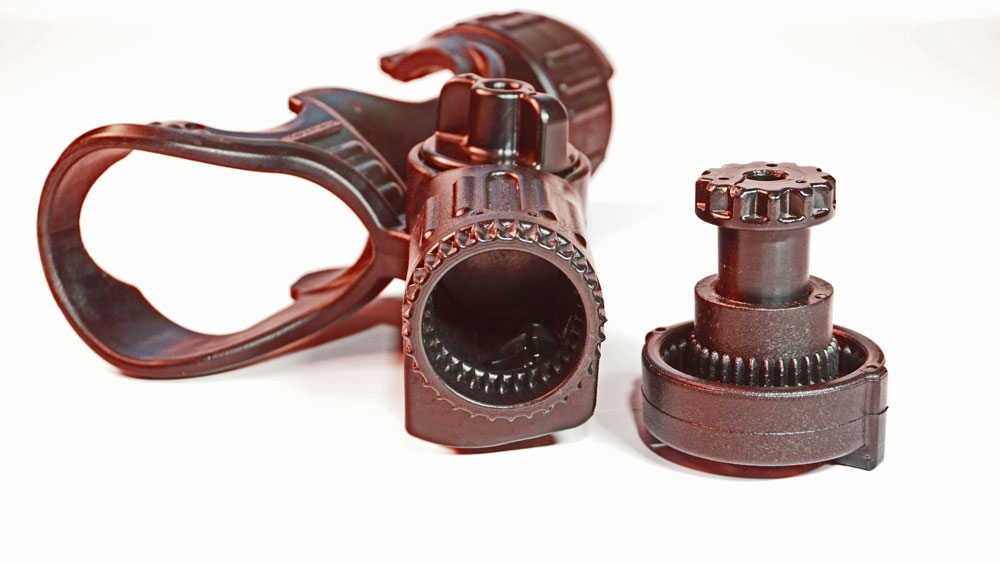 Enough with the pricing, let’s talk Omega functionality. All those grooves along the base represent different degrees you can put your rod pointing at. Whether you want your rods pointing straight back, straight out or even forward, you can make that happen. A lot of increments in between are also possible. This is really helpful for customizing your angles for multiple rod setups.

Having the lever that locks and unlocks to the spline base is brilliant. A simple lift, twist, and lock can change angle position on the fly without compromising the security of the rod in the Omega holder. I also appreciate that this one rod holder works for almost every type of rod. Speaking of the base, the two notches sit it the track which keeps the base from spinning. Small feature but a good one. 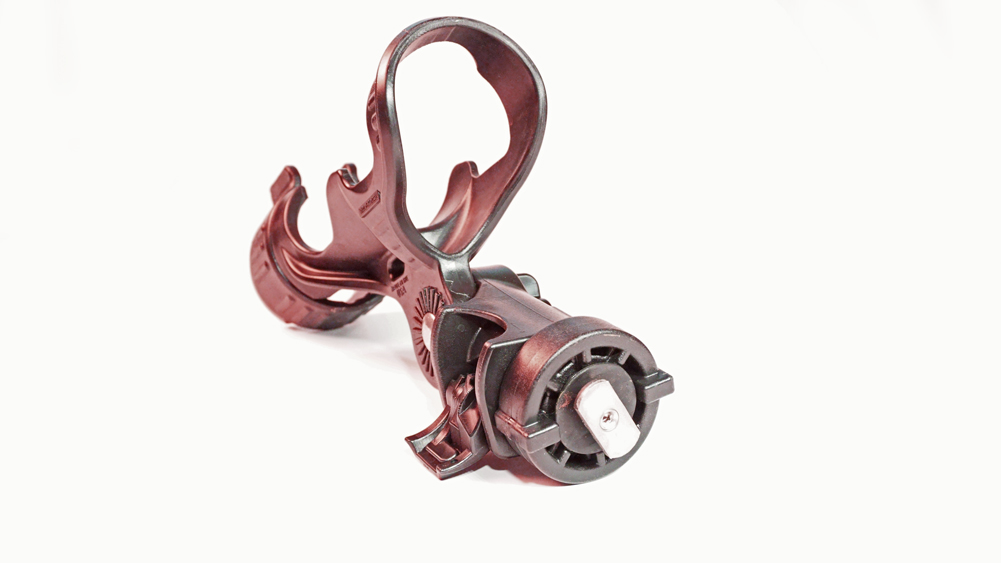 If you are mounting the YakAttack Omega rod holder on flush mounted tracks on the sidewalls/gunwales of the kayak, long-handled rods can’t have the tip elevated more than about 10 degrees past horizontal with the rod properly seated and locked in the rod holder. You can push the reel in front of the lock collar but that’s begging for trouble. All the rods I have under 7’6″ worked fine but my 7’6″, 7’9″ and 7’11” all had the same issue.

You’ll either have to position the twist angle to where it goes interior or exterior and not even with the sidewall. That means the rod butt will be over the side or in the tank well if you want them to be vertical. This isn’t an issue for 90 degree trolling, only straight behind trolling. The other fix is to order the YakAttack Omega Pro which includes an extension arm and costs $10 more. Make sure you know your purposes and rod sizes before you order.

When adjusting on the water, I found that when I pushed the latch to put it in adjustment mode and then released it I thought it was locked but the rod holder would squeeze up a touch. It looked locked in but it wasn’t in the grooves properly.  You won’t lose any equipment BUT if it doesn’t lock back down it could spin. Not a big deal for most folks unless you’re trolling. Make sure you are paying attention when rotating it. After you release it, check it by pulling up on the rod holder to verify it’s locked in. With practice, I could tell really quick.  That said, the first few times I didn’t know what I was looking for when it locked. Keep your eyes peeled and double check it’s snug.

I love the price, the functionality, and design of the Omega from YakAttack. I have two now and will probably pick up two more before summer to outfit my son’s kayak. Does anybody need to buy some used, other brand rod holders?

One New Trick to Recover Gear