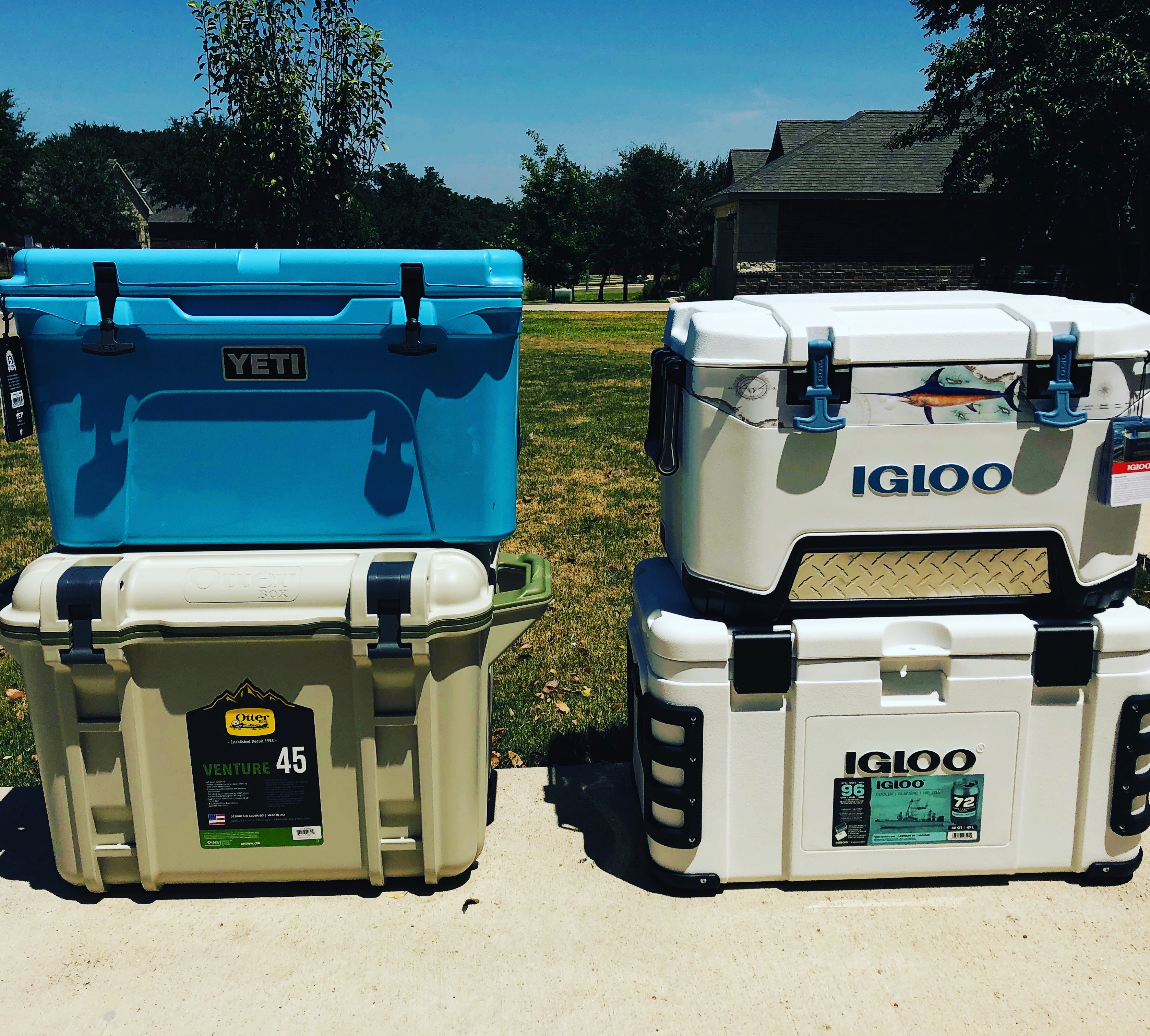 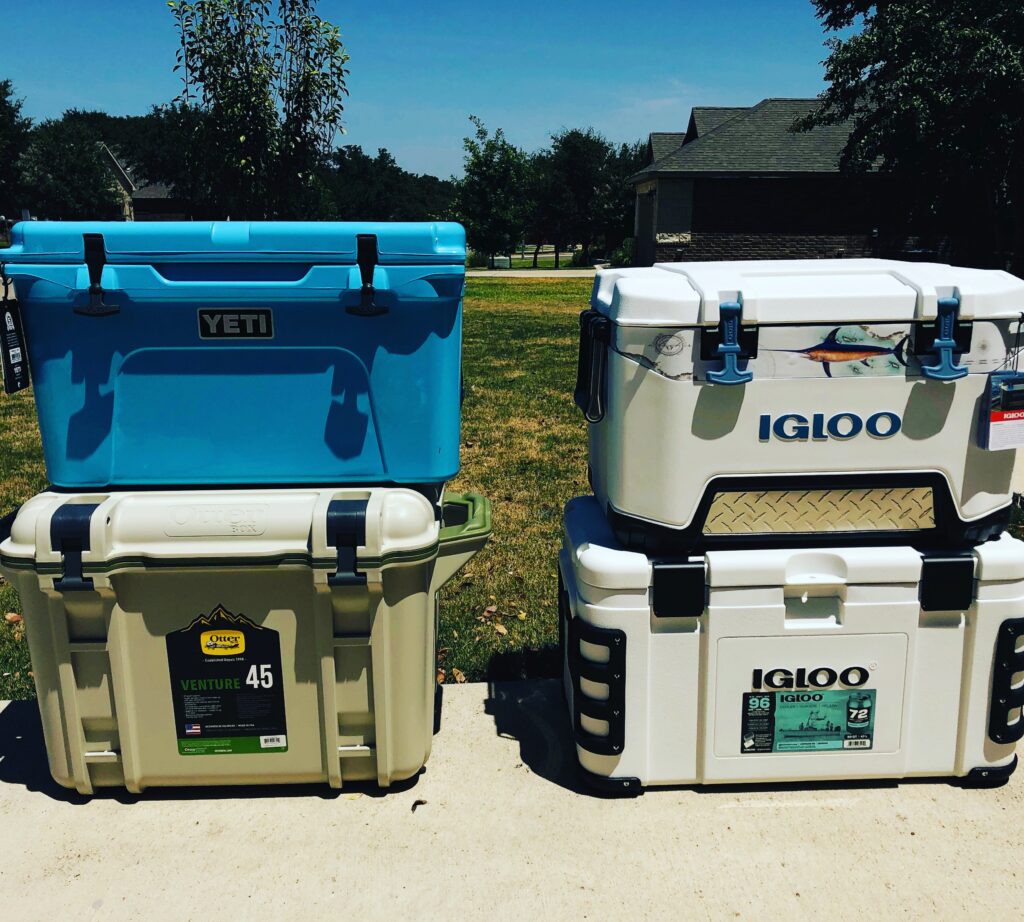 Cooler companies love to make ice retention claims, stays cold claims, and many other claims. I’ve seen claims of up to 96 hours and at the same time have never seen a cooler hold ice that long. It was time to do a controlled test and figure out, in a side by side comparison what some of these coolers like YETI, Otter Box, and Igloo.  The four coolers tested in this test were a YETI Tundra 45 ($299), the Otter Box Venture 45 ($299), the Igloo Amadeo Bachar Limited Edition BMX 52 ($249), and the Igloo Leeward 50 ($199).

It is financially restrictive to test all the coolers that the readers would like tested. It would cost potentially several thousand dollars to test them all. If you have a cooler you’d like to be tested, contact that company, show them this test, and recommend they send one to me to test. If I didn’t test your favorite brand of cooler, know I am definitely not opposed to it, I’m just not going to be able or willing to buy tons of coolers so every contingent is happy.

Additionally, there are thousands of ways to test ice retention. People will mention precooling, level of ice, draining off water etc in the comments. Trust me I know it’s coming and that is okay. I will only be reporting the results of this test, the way it was performed, and the measurements in between the start and final measurement.

How the Cooler Ice Retention Test was Performed

I chose to use an ice weight measurement at all of the checked intervals after draining the water. I weighed all of the coolers on a scale with nothing in them (no accessories, baskets et al). After measuring the coolers’ dry weights I added 20 pounds of ice to each cooler and reweighed them to verify that indeed 20 pounds of ice was added. Each of the four coolers were kept in my garage in Texas (average temperature in the garage was 90 degrees) for the duration of the test. They all sat on the ground, not stacked, side by side at the same proximity to the garage door. No precooling was done.

One cooler still had ice at the last measurement and was declared the winner. All other coolers were at zero ice.

Again I will remind the readers that all possible scenarios were not exhausted here. This is a controlled test with equal variables for all four coolers. Draw from this test what you will. The data is the data for how this was measured. I chose to not remove and weigh the ice because I was afraid of loss due to external heat. I also did not open the coolers except to take a picture of the ice.

Results of the Test

I’ve included a chart and two tables in graphics to show the ice degradation at the measurement points. What is hopefully clear from the data is that both the Igloo Leeward and Igloo BMX went to zero ice at some point between 28 and 53.5 hours. The YETI went to zero ice between 53.5 and 77 hours. At 77 hours the Otter Box Venture 45 still had one pound of ice in it.

The winner in this particular test was the Otter Box Venture 45. After 77 hours it still had ice. Pretty impressive for temps in the high 90s through the duration. I’d also like to point out how well it held ice through the 53.5 hour mark. If you look at the weight of ice left at that juncture, 9 of the 20 pounds of ice were still in the Otter Box at 53.5 hours. The only other cooler still with ice, the YETI, only had 4 of the original 20 pounds still present.