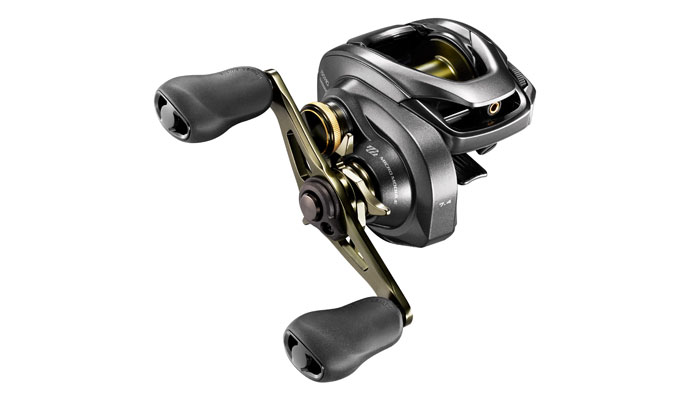 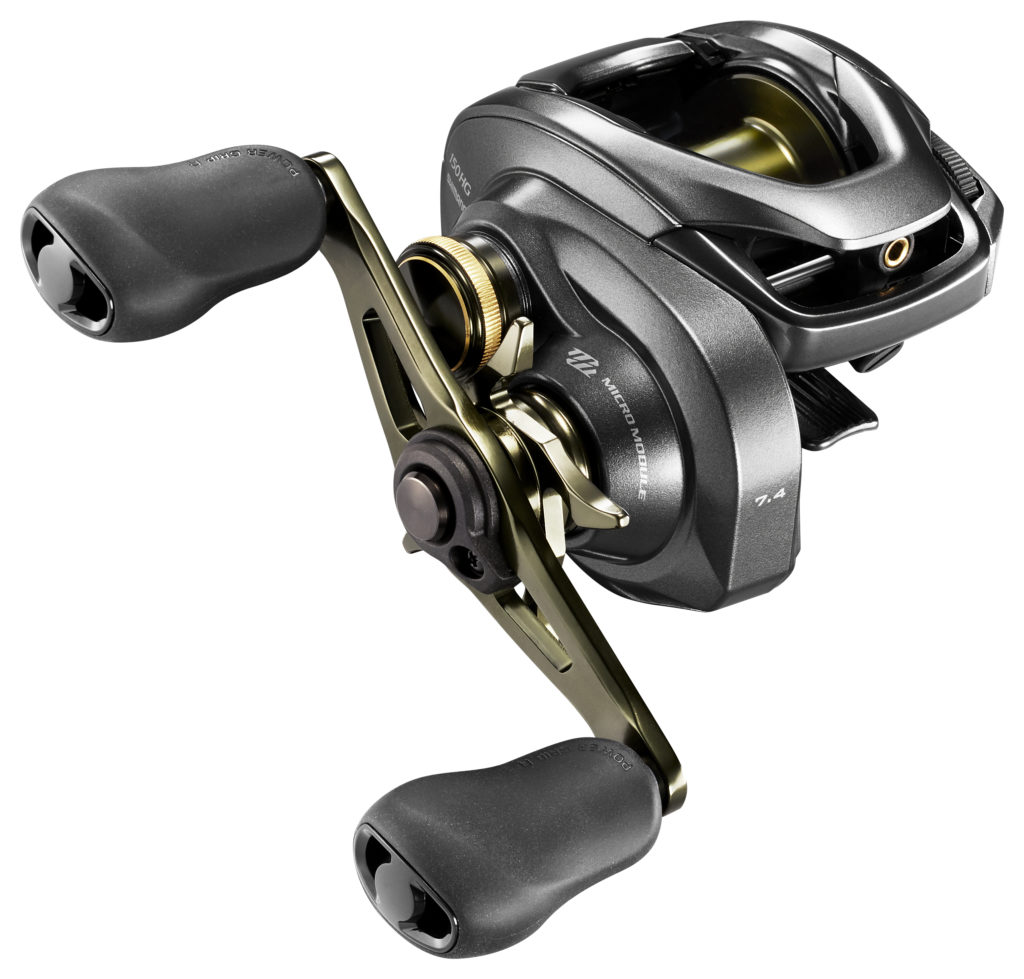 LADSON, S.C.  – ICAST 2018 Introduction – Available Mid-August — Utilizing a microcomputer to control brake force at every moment of the cast, Shimano brings its digital control technology (I-DC4) to a new series of Curado baitcasting reels. Built upon a reel already known for its durability, dependability, and versatility, the new Shimano Curado DC reels will quickly allow all anglers – from the most to avid tournament angler to those who are intimidated by baitcasting reels and the backlashes that can happen – to cast smarter by allowing the DC’s microcomputer to monitor spool speed 1,000 times every second and apply the perfect amount of brake to prevent backlashes and maximize distance. Being introduced at ICAST 2018 and available in August, the DC series includes the Curado DC150 and left-hand retrieve DC151 with 6.2:1 gear ratios, the Curado DC150HG and DC151HG with 7.4:1 gear ratios, and the even higher speed Curado DC150XG and DC151XG with 8.5:1 gear ratios.

With the I-DC4 braking technology, anglers can fish a variety of lures and in any weather conditions, with limited-to-no adjustments to the reel. There are four external adjustable brake settings depending on fishing situations. The settings are a ‘max distance mode’ for ultra-long casts in calmer conditions; a ‘braid/mono mode’ for general all-around use of those types of lines; a ‘fluorocarbon mode’ that is best when using these stiffer lines; and a ‘skipping mode’ for challenging casts (under docks and piers) or extreme conditions.

“The Curado DC reels appeal to skill levels among anglers,” said Shimano product planning manager Trey Epich. “While everyone from bass anglers and those using the DC reels in saltwater for redfish and speckled trout will appreciate how the reel curtails backlashes, those tournament pros or avid weekend anglers, already accomplished with a baitcasting reel, will quickly discover the added ability to skip docks without overruns and bomb out long casts farther than ever thought possible. Tech-head anglers will focus on the DC technology and that cool noise the reels makes with each cast. For us at Shimano, we’re excited to offer those who have been intimidated by baitcasters a new level of fishing with a reel they can easily learn to cast, and spend time fishing not picking out backlashes.”

Designed within the Curado series, anglers will notice the overall lightweight feel from the aluminum frame, along with other key Shimano features including MicroModule gears, rigid HAGANE body, CI4+ material sideplates, X-Ship and A-RB anti-rust bearings. For smoother and sensitive rotation, Shimano’s MicroModule gearing provides more gear engagement between the drive gear and pinion gear. The compact HAGANE Body is strong and easy to palm.

“Digital control technology is unique to Shimano, and these new Curado DC reels will provide a fishing advantage not seen before in any baitcasting reel,” notes Shimano’s Kurt Mazurek, who has led Shimano’s efforts in introducing the reels to Shimano’s sponsored anglers, pro staff, dealers and fishing media. “During an afternoon fishing out of Grosse Savanne Lodge in Louisiana, Shimano pro angler Bernie Schultz was casting a big frog straight into the teeth of 30 miles per hour winds. We had folks in other boats in the same area, and we all watched in amazement. Most anglers would have made one or two casts – become quickly tired of picking out backlashes and found a calm cove. Not Bernie with the Curado DC. He proceeded to put on a frog-fishing clinic. Never had a backlash. This reel does all we say it does.”

For more information on Shimano’s DC technology and new Curado DC reels, see your local tackle dealer – visit the Shimano web site at http://fish.shimano.com – or call Shimano’s product support team at 877/577-0600 (9 am to 8 pm Eastern – 6 am to 5 pm Pacific).