With the recent Kayak Bass Fishing tournaments now a figment of my imagination, it was once again time to play around with the toothy critters of the salt. Since we don’t have many options in the lower end of the Chesapeake Bay this time of year, I decided to give the speckled trout of the Elizabeth River the good ole’ college try before the cold weather moves out. Not only was I anxious to feel the head shakin’ explosion of a gator trout, I was even more pumped to inject a tag into one! See, this is my first year as a member of theVirginia Game Fish Tagging Program (link). As if I needed another reason to go fishing in the salt…

Joe Underwood and I got a late start due to traffic, but that didn’t slow us down any. I decided to fish pretty shallow based on the warming water and incoming tide. That was a smart move because the fish thought the same thing. I started to get short strikes almost immediately on a 5″ salt water assasin. They were coming up short one after another which really started to tick me off. I swapped out the covert jig and plastic for a heavily armed Mirrolure. I figured, “Ha, two can play this game…Bite this short and see what happens!”

A half dozen casts into my new tactic and WABAM, fish on! “Haha, look who’s in control now!” I was pretty stoked to insert a tag into a healthy 17″ trout for my first tagged fish for the state of Virginia. My trusty black & gold Mirrolure proved to be the ticket tonight. The best part was the fish kept getting bigger as the night wore on. I caught 10 fish with 4 of them going over 23″. 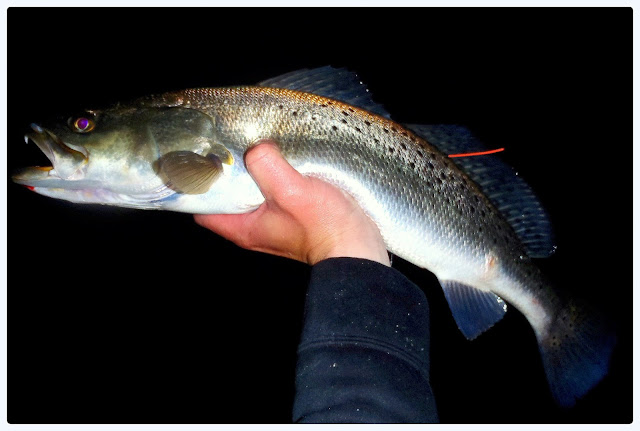 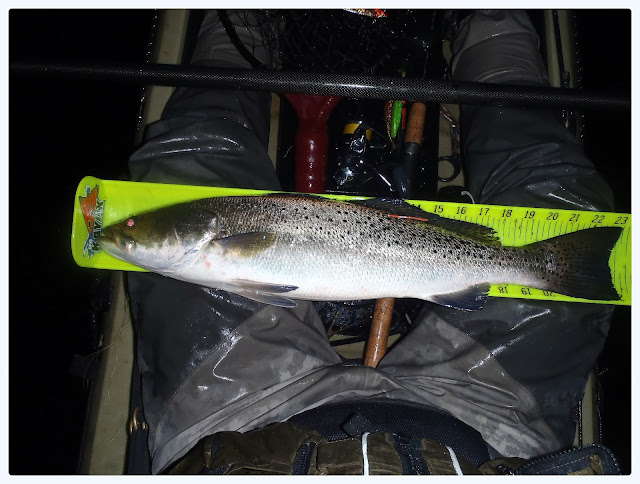 The highlight of the evening was when I was being a “smart a$$” to Joe. He was 20 feet away from me and I said, “I’m going to switch to top water but I’m gonna catch one more fish on the Mirrolure real quick”. The next cast, twitch…twitch…BANG! Joe was shocked as the big trout thrashed all over the surface. Not only was this my first night tagging, it was the first time I tagged a citation sized fish. This big girl went 25 1/2″. 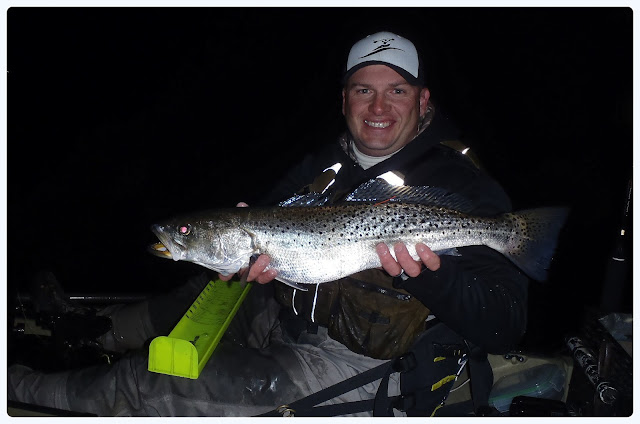 It was great to see so many healthy fish of quality size during this time of year. The Elizabeth River gets pounded on a regular basis so I felt pretty good being able to check off my first citation class fish of the year. I have many goals that I want to accomplish with the remaining months of 2013. Tagging A LOT of speckled trout is one, and catching numerous citation species is another. Like I’ve said before, “A man without goals is a man wandering around aimlessly”. That’s not acceptable in my book!

~See ya on the water! 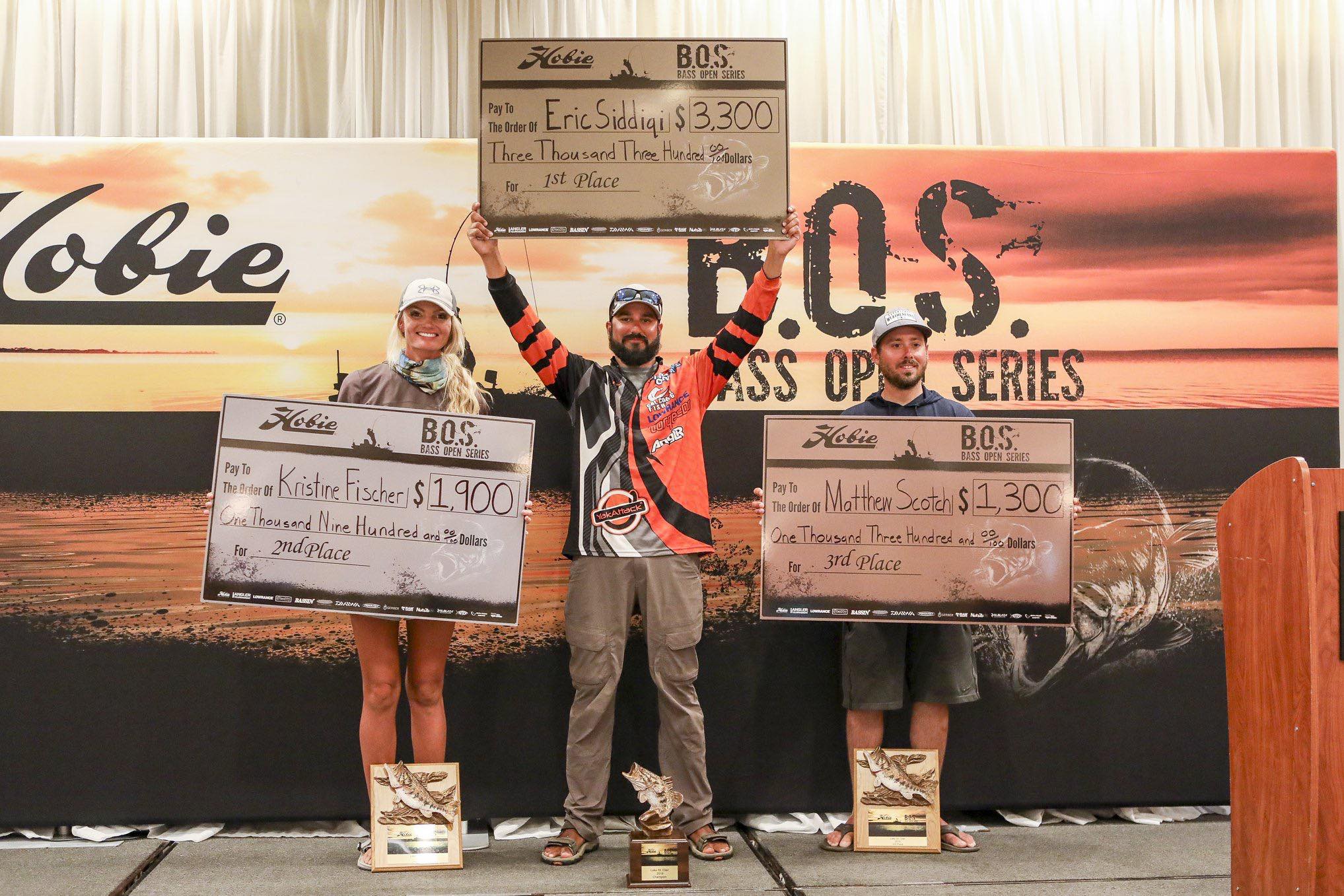