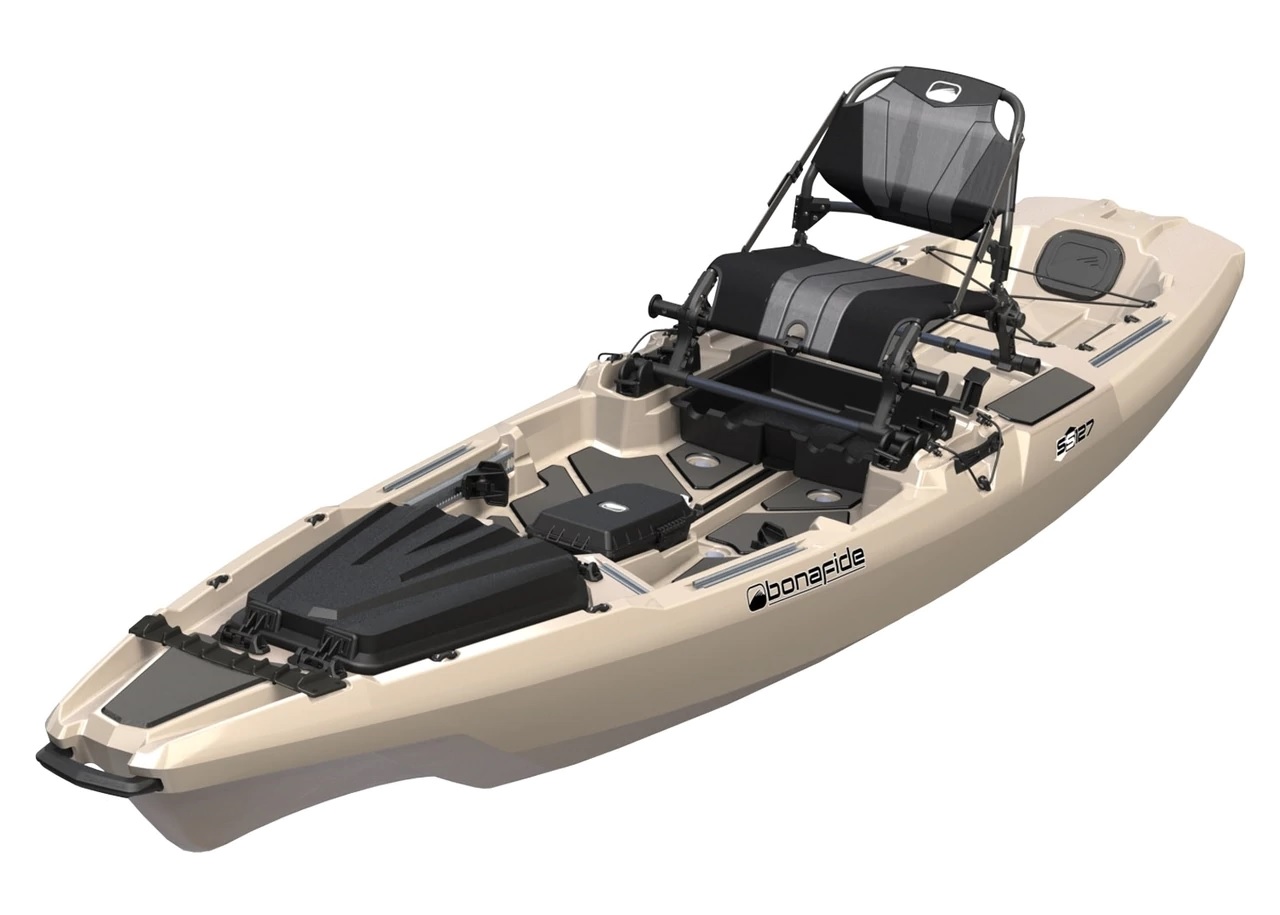 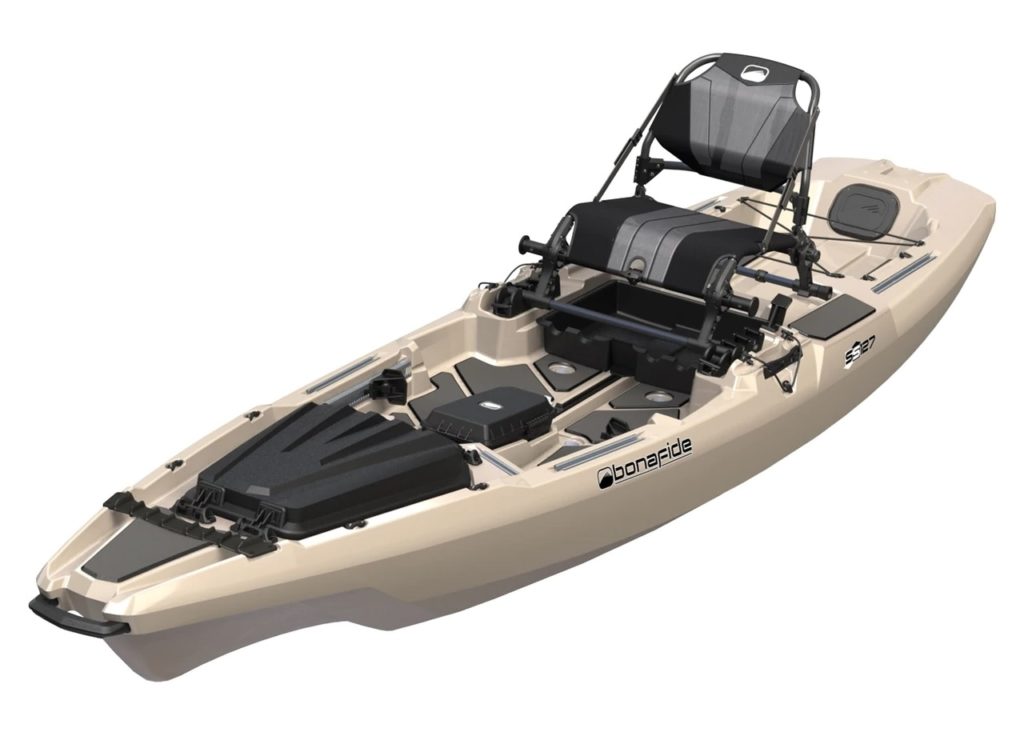 After a couple of months and several trips under my belt with the new Bonafide SS127, I’ve found a few things I really like that seem to be barely mentioned when people outside of the company talk about the kayak if even mentioned at all. Luther Cithers hits on all but one of these in his 17-minute overview which came out after I already had the SS127. What I have found is lots of folks won’t catch some of the subtle design features that he mentions because they are pretty briefly touched on but I have found them to be really nice perks. You can check out Luther’s overview/walkthrough at the bottom of this page.

Some of these I figured out while on the water, some I discovered when rigging it out in the garage. I’d almost call them secrets but those with a Bonafide have probably already utilized these or at a minimum, noticed them. These features aren’t deciding factors for most folks so the “secrets” make sense.

The front hatch of the Bonafide SS127 got a lot of play in videos at ICAST and since then because of the hinges. Undo the front hinges or the back hinges for access to the under deck storage area so you can load or unload from either side. Very cool. But what you didn’t see is the “and”. Undo the front hinges AND back hinges to completely remove the hatch. It’s still tethered but the ease of reaching around inside to run wires or stow gear or reach a nut with a ratchet is nice! Instead of fighting the hatch lid, you simply remove it.

When you do open the front hatch, you see a good amount of space but for me, the vastness of the storage area was downplayed a lot. At our last Heroes on the Water event, I stowed my electronics switcher, a battery box, a spare paddle, spare life vest, and a C-TUG cart all in the front of the Bonafide. Not having to use tankwell space to hold my cart is a big bonus.

One of the curious factors on the Bonafide SS127 is that it comes ready to receive a rudder kit (line dimples, rudder post hole molded in) but what is lost on many folks are the foot pegs. The often touted benefit was that the foot brace tracks were extruded aluminum instead of plastic. The cool little secret though is on the back of the foot peg. If you were to add a rudder, all you’d need to do for foot control is flip the lever on the back of the foot peg. That allows them to slide freely within the track. Technically all you’d need is a rudder and cables. The foot control mechanisms (which add to the price) probably won’t be necessary.

I’ll admit I rolled my eyes at the junk drawer when I saw it. I figured I’d never use it. It would be in the way. And I could store boxes there but instead, a drawer. Well, I was wrong. At times I’ve thrown a couple of 3600 boxes in it but usually, it holds my pliers, a fish grip, a brush clip, several packs of soft plastics and my terminal tackle box.

With the t-bolt knob to tighten it into the track, I don’t have to empty the drawer when loading, unloading or transporting. The seat acts as a makeshift top and stuff stays put, even running down the highway at 70+mph. If you like to store your rods directly in front of you, the front lip of the drawer is scalloped out to hold rod butts which will stage in the rod stager grooves in front of you.

Almost every kayak has rod stagers but I really have come to appreciate the horizontal side storage/rod tip protection. Normally where you’d strap a paddle on the side of the kayak (near the side carry handles) is a bungee. That bungee loops over a molded area that will fit your rod butt and secure it. To rod runs up the side of the kayak and the rod tip runs into a channel with a side wall to protect it against trees, snags and other on the water gear breakage.

Want to see all the cool features built into the Bonafide SS127? Watch it from the man himself right here: