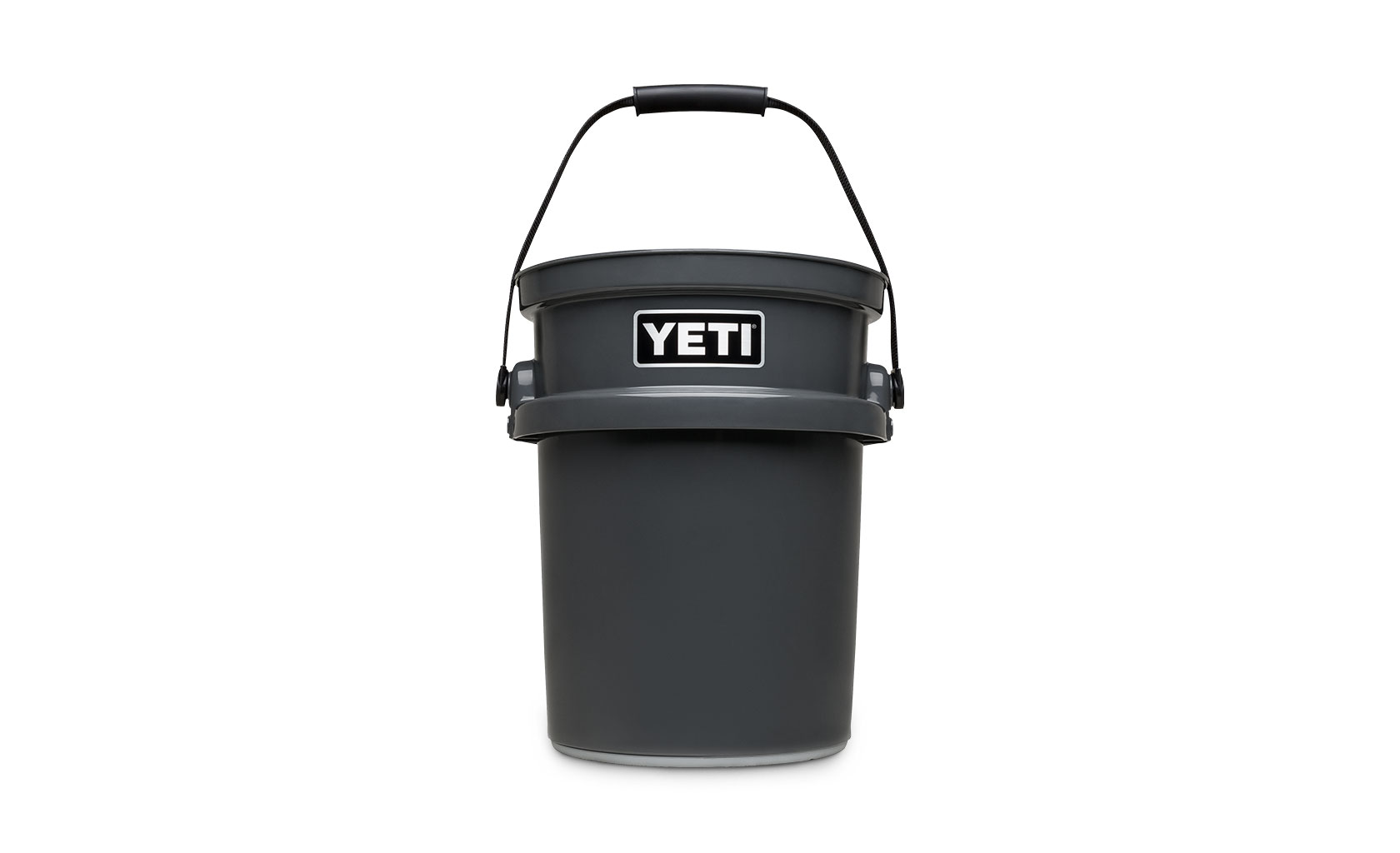 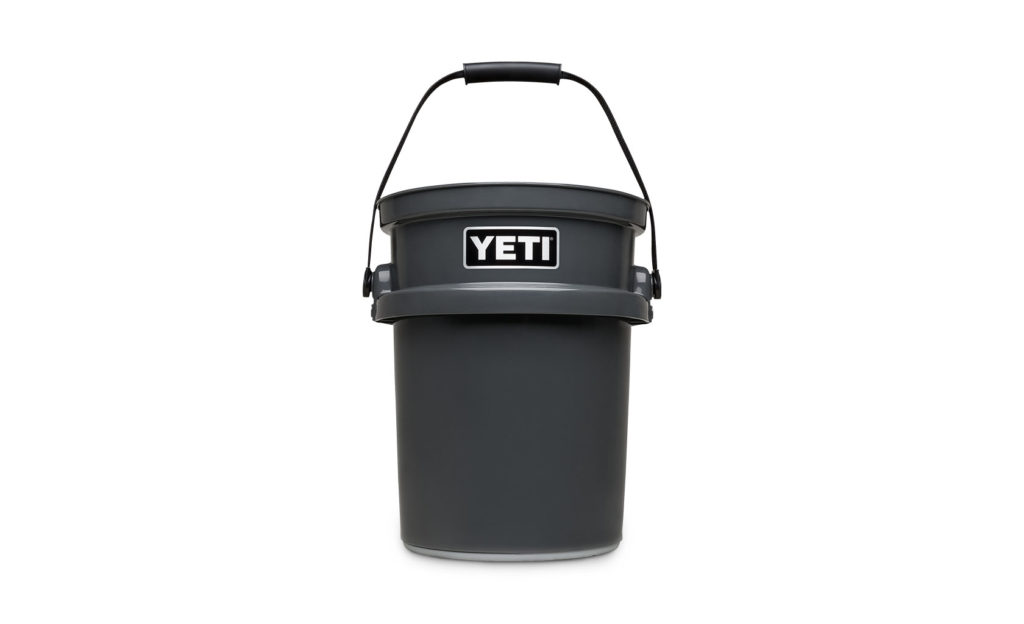 The circle I spend a lot of my outdoor time in is kayak fishing. When the YETI Loadout Bucket was announced at ICAST 2017, the mocking, outcry, and confusion fast worked its way through the community.

I heard it all, but away from the naysayers, a voice in the back of my mind kept asking if this could be the last bucket I’d ever need.

Granted, some people have little use for a bucket while others use a bucket all the time. Eager to see for myself if this was the end all be all bucket, I bought one. Charcoal gray. I paid $40 plus tax. 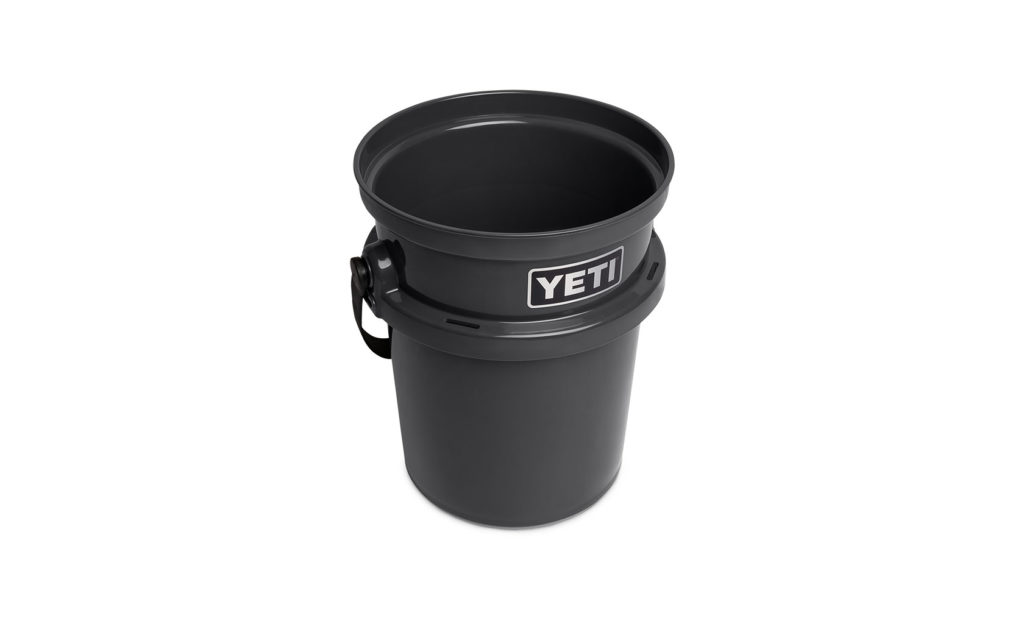 The YETI Loadout Bucket is straight up rugged. I saw in a promotional video someone tip it on its side and stand on it so of course I had to do the same. I stood on the bucket, one hand holding a rail, and bounced a little on it. All 200 pounds of me. No issues at all other than my balance being similar to a newborn giraffe. I had an orange $2 bucket nearby so I repeated the test. What I no longer have is a $2 orange bucket. I have lots of plastic in a nice orange color but it is a shape resembling “flat” more than “bucket, or maybe “shards”.

You’re probably asking yourself, “Why is standing on a bucket going to prove anything? I’m not a professional log roller.” Basically, you are testing wall rigidity. If the bucket gets slammed up against something, has a board dropped on it, gets dropped from height with weight inside, or something of the like, it shows your likelihood of failure to be considerably less.

Way less. The Browns have a better chance of making the Super Bowl this year than a $2 bucket outperforming the YETI Loadout Bucket. It’s just built wildly stronger. If the YETI is JJ Watt, the $2 bucket is Sheldon Cooper.

The handle on the YETI Loadout Bucket is great and swings the weight well without digging into your hand. It’s formed just right for a good grip. No more metal coat hanger handle with the chipped plastic guard that slides around.

The rubber grip on the bottom is great, especially in the back of my truck. The bucket stays put. Good bucket.

Many kayak anglers try to envision how they would use a YETI Loadout Bucket and justify the $40 for it. The truth is, while they might be able to use it for a variety of things, it isn’t really for kayak anglers. You can use it for sure but let’s just say you weren’t the target market demographic.

The first thing I thought of is slinging a cast net at the coast. Live shrimp and finger mullet are expensive  so I go catch my own when I’m on the Texas coast. In the past I’ve used cheap five gallon buckets that break, the handle falls off, the bottom breaks in them when a cast net lands in it, and I’m constantly losing all my water due to cracks. The YETI Loadout Bucket solves all of those issues. I can see myself on the deck of the boat or pounding the shorelines casting and dropping with zero issues now.

Another idea that came to mind was all of my friends in the restaurant business. As a former busboy, dishwasher, waiter, and cook, I know the pains of having to refill an ice machine on a soda dispenser. I’ve felt the sagging weight of more than 40 pounds of ice bending the cheap bucket’s handle and even spilled ALL the ice a time or two.

Being food safe, the YETI Loadout Bucket is the end to those trials. Fill it up time and again and fail no more! Busboys across the world unite!

Sweet baby Jesus I would have loved for this bucket to have come with the lid. Sure, I’ll pony up another $20 for one but if Ramblers come with lids, go ahead and include one with the bucket.

I’d also really like to see the Loadout come with optional rope handles, one on each side, that way when you put 80 pounds of rock in one to move from the front yard to the back, you can ask your neighbor that always borrows your ladder to help. He owes you but we don’t need a herniated disc on our hands.

What if the YETI Loadout Bucket could be a clear poly? I don’t know if that’s even possible but being able to see what’s inside would be pretty helpful.

I’ve used my bucket as a catch all, to haul rocks, to haul ice, to hold bait, to hold my seven foot cast net with 8 million pounds of lead, and a lot more. I liked it so much I got another one. This bucket may not be the exact fit for you and that’s okay because the people who it is a fit for will buy more than one.