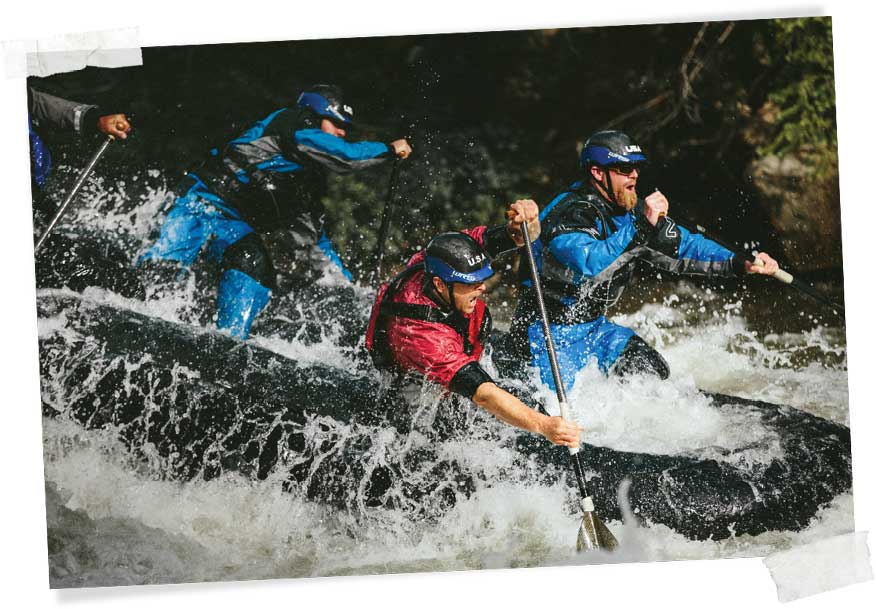 The Time Travelers chronicles a scrappy group of older men, doing a young man’s adventure as a team.

The USA Rafting Team has never won a world championship. With full-time jobs, families, and responsibilities, these scrappy 30-40-year olds use their free time and vacation days to train, travel the world, and race against competitors sometimes half their age. They’ve been close, but never the best.

On January 13, 2017, they set their sights on making history, attempting to break a legendary speed record down 277 miles of the Colorado River through the Grand Canyon. Their goal was 34 hours. In a custom-built 48 foot raft and with ultramarathon effort, “The Time Travelers” is the story of ordinary people attempting something extraordinary on one of the world’s most breathtaking stages. 34 hours – just a blip in the scope of geological history – could be both their defining moment and the ride of their lives.