Most kayak anglers who have a YouTube Channel, a blog, a TV appearance or have some photos published get asked all the time how to be sponsored. They want to be the next big thing. They will literally ask, “How do I become like…” and then name someone who they admire. Usually the names are Chad Hoover or Flukemaster or Drew Gregory or Jim Sammons or Robert Field.

Here is my next question to them: Why?

Usually the answer is about wanting to get paid to fish. You can do that but don’t think you are going to do that and just that.

Yeah, so here is the thing. Those guys you see on TV, YouTube and the interwebz kicking it all grandiose, those same guys are hustling when they aren’t on camera. And I don’t mean in a hurry either. I mean they are networking, taking meetings and most importantly producing consumable content for the general public who expect to pay nothing for it. Being the next big thing will be even harder now that so many want to be it.

You know what else they do? Other jobs. Some of them have professional lives you don’t know about. Flukemaster is also a Radiological Technologist. (Gene, I hope that’s the right title.) He works three days straight at a medical job so he can come home and work four days straight doing what he loves.

There is no shame in multiple jobs. Sometimes it’s what needs to be done because honestly, anybody thinking they are going to squeeze out 15 videos a year and make bank is delusional. You have to do a lot of stuff. They often have four or five jobs to make sure their mortgage is paid.

Chad talked during the KBF National Championship about this as well. The question is often posed, “To get to where I want to be should I write blogs, articles, work trade shows, shoot photos or do videos?” The answer is yes. You need to be doing all of it.

Media and marketing needs change constantly. As a writer, I am a dinosaur. I am stuck in my ways. I don’t like video editing or fooling with setting up shots and equipment. It’s why 99% of you would never recognize me in public and that’s totally cool with me. I do update videos live from tournaments because I am hoping it catches on and someone more qualified and better looking will want to do them. I am not chasing fame. I know what all that entails from spending lots of time on the water and chatting with the guys who are the face of our sport. It’s not for me. I love writing about kayak fishing and sharing knowledge through the magazine but I prefer to shine the spotlight rather than having it shined on me.

The first element to success is work. There are not nine hours of sleep for the guys on the top. The grind is always on. Most of them get about five hours of sleep a day. Up late and going early is the norm. The guys you know, the ones you aspire to be are always traveling, always working and there is no “down time”. I ate breakfast with some of them last week and the phone messages, phone calls and DMs were insane. I would guess in the hour we were there no fewer than 10 phone calls and 50 messages came in between three guys. In an hour! And it doesn’t stop. There is no 8 to 5 on the weekdays. It is an all-day every day thing. At some point you just have to not answer it and leave it for tomorrow. I don’t tell you that for you to pity them, I tell you that so you understand the public is a beast that always needs to be fed.

And the messages and calls are just one part of it. With social media algorithms, if you don’t produce new content every four days you become irrelevant. You drop in Google Rank, YouTube preferred channels, auto recommends are cut off. It is harder to stay on top once you get there than it was to get there.

Once you are there, you have to be careful. You always have to be “on”. People don’t enjoy interacting with a prick. If you are having a bad day and you take it out on someone it is the beginning of the end. Reclimbing the hill is hard because the baggage stays with you.

I guess what I am trying to say is this:

Status is in the eye of the beholder. Prioritize who you want to see you and for what. This is an easier road for a single person with no family. It always has been. Know the sacrifice that it takes to climb and be ok with it. Climbers who stop mid-journey have to go back to the beginning most times.

If you enjoy fishing because it is a stress reliever, don’t let this pursuit add stress into that activity.

If you enjoy fishing because of the comradery, understand as you climb, your circle of friends gets smaller.

If you are willing to work, to sacrifice, to produce quality and always be on, then you might have what it takes to be the next big thing. Are you willing to pay the cost? 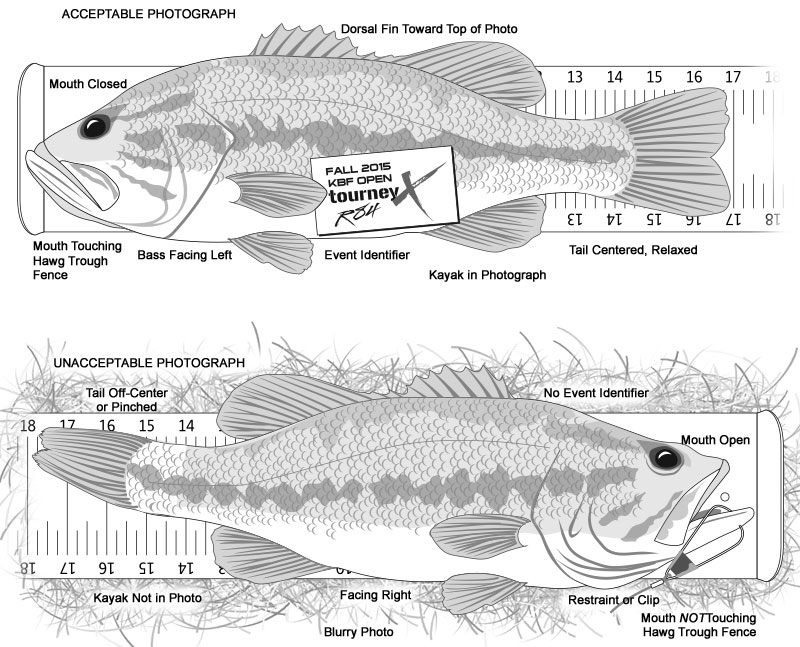