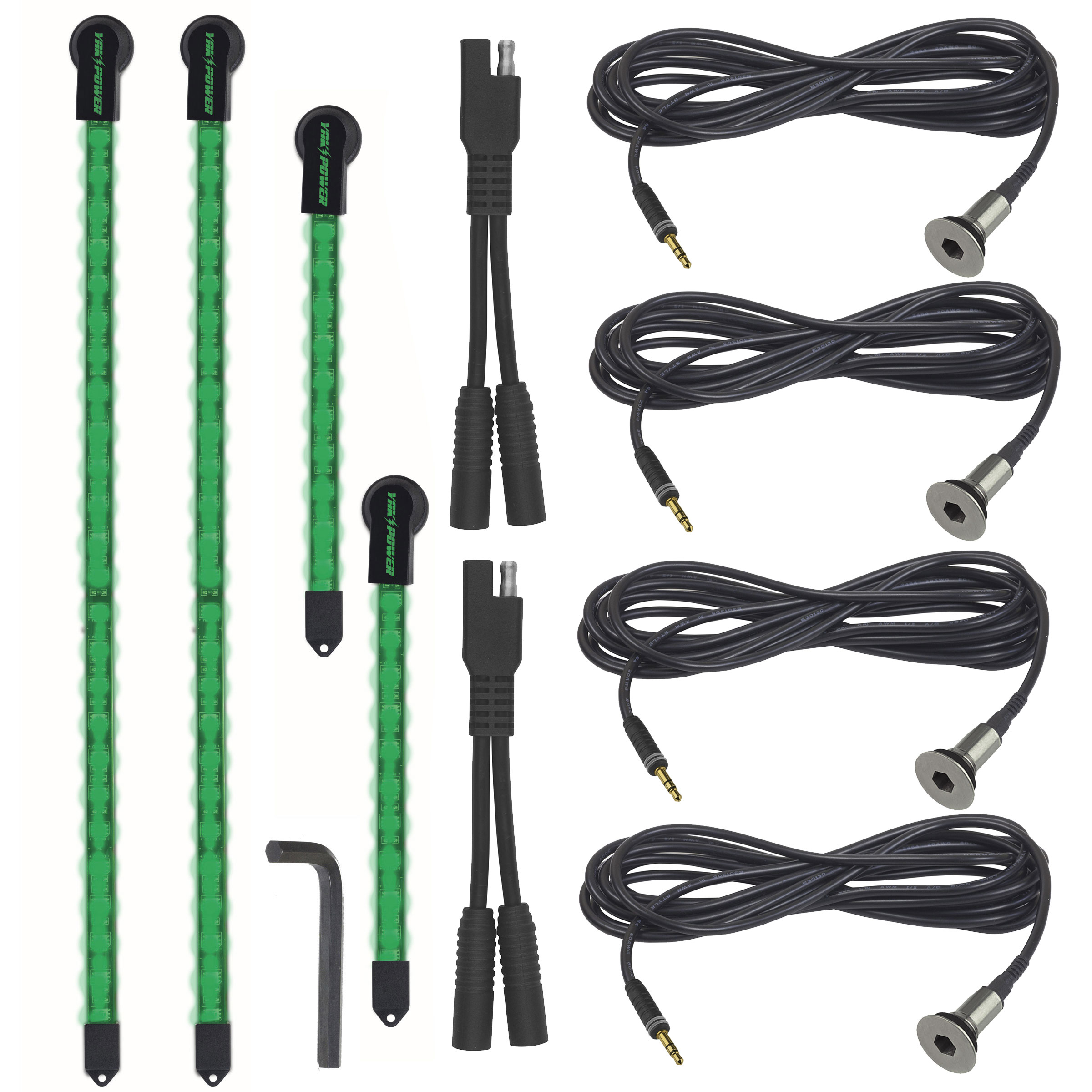 Southern Audio Services, Inc (SAS), maker of the Yak Power brand of quality 12v electronics control systems and accessories for fishing kayaks, announced today that their new LED Light Kits are now shipping. Why cut and splice when you can just plug-and-play is the company’s mantra, and these new Yak Power LED Light Kits follow that same theme and will completely revolutionize LED lighting for kayaks.

Featuring their patent pending Through Hull 12v connectors and Yak-Power plug-and-play wiring, adding LED lights to a kayak has never been easier. Simply drill a hole, screw in the Through Hull connector, plug them in, and power them up! There are no wires to cut, no splicing, no caulking, and most importantly no LEAKS!

“We saw where many kayak anglers want to add LED lighting to their kayak, but there was really no good solution to relieve their concerns about drilling holes into the side of their boat, how to wire and switch them, durability, and overall ease of installation” said Jon Jordan, President of SAS. “And, we knew we could come up with a better solution.”

The result was a very innovative Through Hull connector design that the company says is now under patent pending. This connector is a waterproof, stainless steel, self tapping, self sealing fitting that literally threads into a predrilled ½” hole in the side of the kayak and has a gasket to insure a water tight seal. The LED light strips then simply plug into the Through Hull connector and have a fully encapsulated silicone boot that seals the connection.

The Yak Power LED strips have 3M adhesive backing tape to adhere them to the kayak in addition to having a safety tab on the opposite end for an optional mounting screw. On the other end of the Through Hull connector is a 12ft pre-terminated fully jacketed wire with a watertight, gold plated, O-ring connector that plugs right into their SAE splitter. The included SAE splitter allows two LED strips to be controlled by one switch with no additional wiring or termination. All wiring is complete with Yak-Power plug-and-play SAE connectors for easy integration into any Yak-Power system.

“All of the Yak-Power LED light strips are designed for maximum performance, ease of installation, and reliability. We only use Super Bright (SMD 5050 60 LEDs per meter) LEDS that are then fully encapsulated in silicone to insure their durability on the water.” Jordan continued

Yak Power LED Light Kits are offered in both GREEN and BLUE and in 2pcs kits of 10inch or 20inch lengths and 4pcs kits with 2pcs of both lengths included. GREEN is the best and most popular choice for attracting bait fish while BLUE is better for night vision and is commonly used for interior lighting and exterior lighting when attracting bait is not a priority.

Originally developed for Ascend kayaks, Yak Power began as an electronics control system designed to make it quick and easy to add and control 12v electronics to a kayak. The Ascend 128T Yak Power edition is the first kayak to have the Yak Power system preinstalled. It started showing up in Bass Pro Shops stores as early as January 2017.