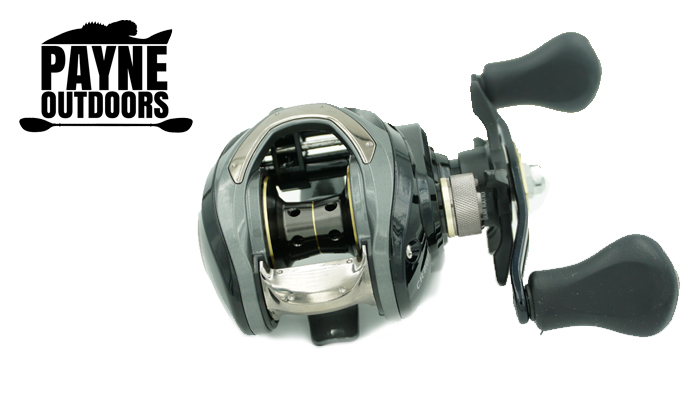 The CR80 is a new baitcasting reel from Daiwa that is packed with tons of great specs at a sub-$100 price point. Most retailers are offering the CR80 at $79.99. The real question is how does it perform? We’ve all seen bargain reels and the oversaturation of the budget reel market so is it a good buy or not? I put in eight hours on the lake with it over the weekend and here is my report out.

About the Daiwa CR80

The Daiwa CR80 is a remarkably lightweight, budget-priced reel. Weighing in at 6.9 ounces and boasting 15 pounds of drag, the CR80 is one of the lightest reels in the Daiwa lineup. The featherweight option achieves its status through a Carbon Resin frame (thus the CR). The 80 in the name comes from the sizing of the reel. It’s smaller than a 100 series size reel (see Tatula 100) and fits in the palm of most anglers with relative ease. The CR80 is offered in three sub-models (H, HS, HSL) and comes in two gear ratios, 6.8:1 and 7.5:1. Seven ball bearings and a slick finish round out the CR80.

Exactly as advertised, the Daiwa CR80 is lightweight and you can tell when you handle it on a rod. The frame height (39mm) makes it easy for even folks with smaller hands to get a grip on it.

Casting differently weighted baits is made easier with a side plate dial for adjusting its magnetic brake quickly. I fished a 1/4 ounce blade bait, a 1/2 ounce jig, and a 7/8 ounce slab with the CR80 and it was really easy and quick to dial in accurately. 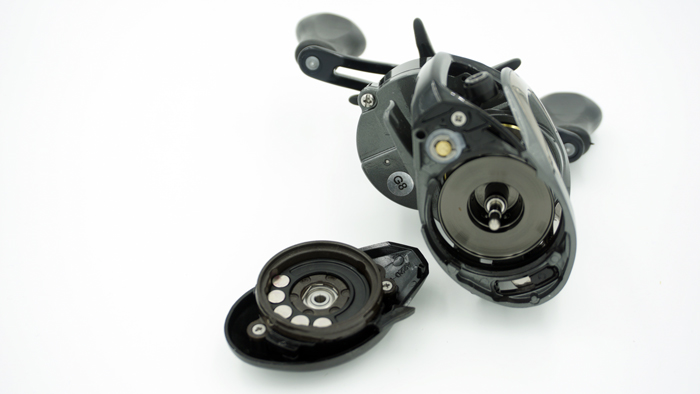 One of the big knocks on budget reels is frame flex. This reel from Daiwa didn’t have it. Not even in the reel foot. It’s sturdy.

The 32mm double anodized aluminum spool holds quite a bit of line for a reel of this smaller stature. You don’t often get great capacity with 70 or 80 sized reels but this one was really good.

Daiwa Could Improve the CR80 Here

While it looks shiny and eye-catching out of the box, I really worry about the longevity of the cosmetics of this reel. These hydro dipped shiny parts in high wear areas are going to show age pretty quickly with use. I’d really like to see them ditch the shiny look and go to a matte finish like the new Fuego and Tatulas. Maybe they did it as a differentiator (and that’s fine) I just think it’ll hurt the resale value and turn off anglers who swap gear each year. 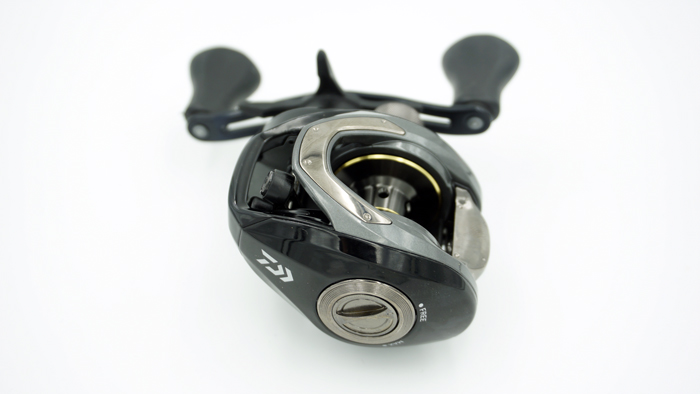 Surely Daiwa can find a way to get a T-Wing in this reel. Yes, I get that it’s a budget reel but Daiwa is known for that T-Wing System (TWS) and not having it may be one of the few things holding this reel back from obliterating the sub-$100 market. Casting distance is hindered a little bit by having a traditional levelwind system. Especially when you have used or own Daiwa reels with the TWS. You expect more. It’ll be a great intro to the line for folks but I don’t see anyone who has owned a TWS reel going to this reel.

I firmly believe the Daiwa CR80 is a better reel than the previous owner of the top slot for $80 baitcasting reels, the Abu Garcia Pro Max. If you can’t spend $100 and have to have $80 or below, this wins hands down. Is it as good as a Shimano SLX? Not to me, however, in an unintended consequence, the CR80 may completely kill the Daiwa Fuego line. Except for the cosmetics, the CR80 does everything as well or better than the Fuego. 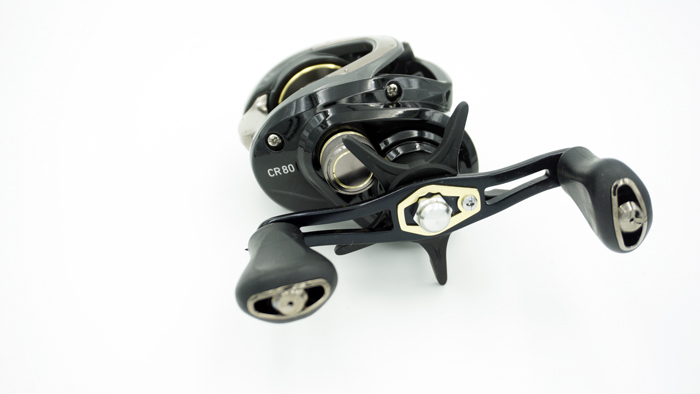 Acknowledgments: Special thanks to my friends at Tightlines Premium Fishing Tackle in Killeen, TX for allowing me to try out the Daiwa CR80. Tightlines has a great selection of rods, reels, and tackle for all your bass fishing needs (and wants).